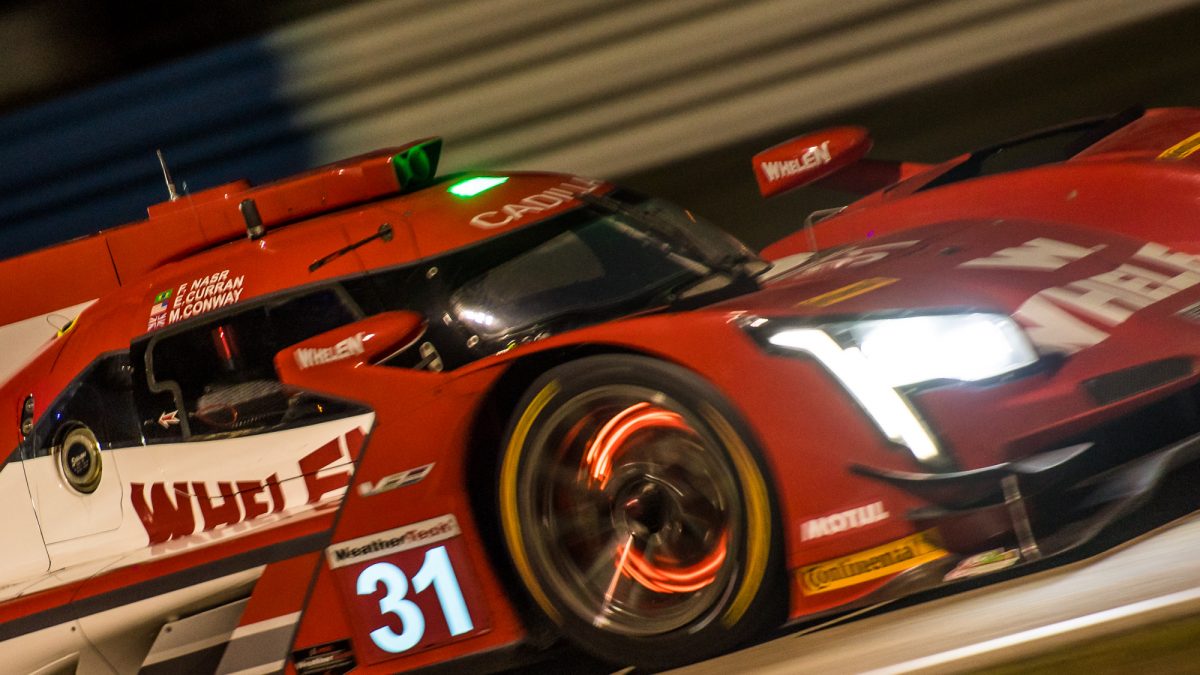 BRASELTON, Ga. – (8 October 2018) – Whelen Engineering Racing will be heading to the season-ending Motul Petit Le Mans at Road Atlanta with its usual goal of winning the 10-hour race on Saturday, Oct. 13.

If the team can run up front throughout the race and claim that victory, it will also be able to achieve another accomplishment– capturing the IMSA WeatherTech SportsCar Championship and Tequila Patron North American Endurance Cup titles.

Whelen Engineering Racing regulars Eric Curran and Felipe Nasr will be joined by Gabby Chaves at the wheel of the No. 31 Whelen Engineering Cadillac DPi-V.R in the demanding 10-hour race next weekend at Road Atlanta.

“We’d love to win the race, but first we’ve got to make sure we do what we have to do for the championship,” said Curran, who helped the Whelen Engineering team to the IMSA season title in 2016. “And that will come down to executing as a team and not putting ourselves at risk. You have to be there at the end, and Road Atlanta is not a very forgiving place. It is a real driver’s track with how much speed you carry into the corners, but it is also a really challenging race. It is ten hours, and anything can happen in a race like Petit Le Mans.”

Curran and Nasr have amassed 254 points in WeatherTech Series competition, four more than their nearest rivals. In the competition for the North American Endurance Cup, they have 31 points, six more than the second-place drivers.

“If we can execute on everything, hopefully we will be in a position to take the IMSA championship and the Tequila Patron Endurance Cup, which we’ve never done with the Whelen car, and go out with a win. What a way that would be to close out 2018,” Curran said.

In his first full season in IMSA, Nasr joined Curran in winning the prestigious race at Detroit’s Belle Isle Circuit – in the shadow of General Motors’ world headquarters. The pair also finished second in the Rolex 24 At Daytona among five additional podium finishes this season.

“Final race of the year already? – how quickly the season goes by!” Nasr said. “I’m heading to Petit Le Mans fully prepared. We had the opportunity to test at the circuit a few weeks ago with Whelen Engineering Racing and we were able to get ourselves ready for the final race. It’s a really fun track, with fast flowing corners, but it’s also very tricky for clearing traffic. It has all the ingredients to make it an exciting 10-hour race.”

While Nasr has impressed through the 2018 season as he’s been up to pace on a full schedule of tracks that he had never seen before,  he’s quick to point out how the No. 31 Whelen entry has moved to this position.

“I know we have the best team behind us in the paddock when it comes to endurance racing,” Nasr added. “Petit is very demanding and also physically challenging for us drivers. As a team, our goal remains the same: Expect to win!”

This will be the second IMSA WeatherTech race of the season for Chavez, who finished sixth in the sister No. 5 team entry in July’s Sahlen’s Six Hours of The Glen.

“Gabby (Chaves) raced with the No. 5 car guys at the Glen and did a great job,” Curran said. “He’s got IndyCar experience but also knows sports cars, and with this traffic that is really important. He can just get in and get the job done, so he should be able to help us keep doing what we’ve been doing all year.”