Albuquerque Roars to Fourth with Mustang Sampling in Daytona Qualifying 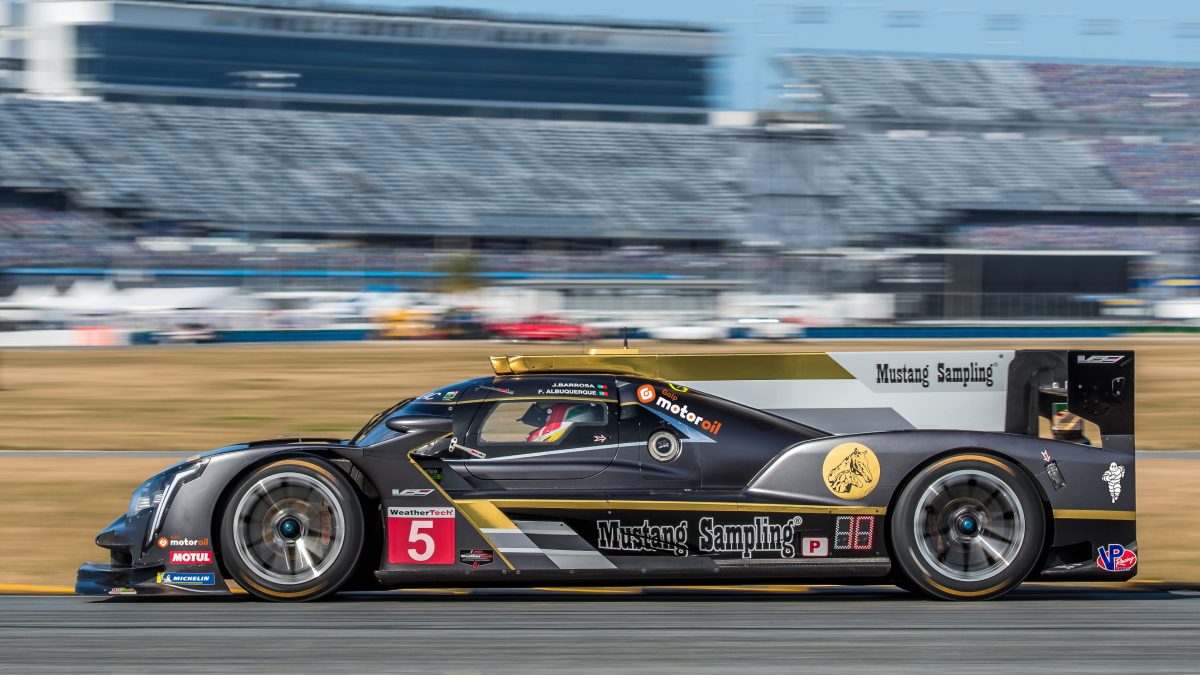 Denver, NC – (2 January, 2019) – Galp, an integrated energy company based in Lisbon, Portugal, will partner with Mustang Sampling Racing as a key component to Galp’s marketing activation in North America. GALP will sponsor the No. 5 Mustang Sampling Cadillac Dpi-V.R in the 2019 IMSA WeatherTech SportsCar Championship.

Mustang Sampling Racing is targeting a run for the 2019 IMSA WeatherTech championship, having secured the driver and team titles in 2014 and 2015, as well as the Michelin Endurance Cup in 2014, 2015, 2016, and 2017.  Joao Barbosa, Filipe Albuquerque, Christian Fittipaldi, and Mike Conway will share the driving duties in the season-opening Rolex 24 at Daytona in January.

Providing energy to consumers for more than 150 years, Galp is present in 11 countries with extensive operations in the exploration, production, refining and marketing of oil and natural gas, as well as generating and marketing electricity. The company is now present in North America with approved synthetic motor oils and specialty lubricants, high quality products ensuring maximum engine protection.

“We are delighted to join the Mustang Sampling Cadillac team and their two Portuguese drivers, Joao Barbosa and Filipe Albuquerque, as we launch our sponsorship at Daytona,” said Francisco Lima Aires, Manager of International Markets at Galp. “They along with Christian Fittipaldi won the Rolex 24 at Daytona last January and we were on hand to see that victory. Having Mike Conway as fourth driver with the team at Daytona only adds to our excitement.”

Barbosa and Fittipaldi have each won the Daytona event three times and Albuquerque was victorious last year following his second-place finish in the race in 2017.

“We have enjoyed getting to know Galp and its people during the past two seasons as they followed our Mustang Sampling team,” said Bob Johnson, Team Principal of the company that has dominated IMSA since its merger with ALMS in 2014, winning all the Michelin endurance and all but one of the WeatherTech season championships with the two-car team. “When they said they’d like to join us in an official capacity, we agreed. Our Portuguese connection is well-known and giving Galp the opportunity to promote their relationship with these drivers and the Mustang Sampling team is something we look forward to.”

With the growth of IMSA as both a compelling product for the fans and a convincing marketing platform for brands, the timing was right for Galp as IMSA  anticipates an exciting season in 2019 that will see the series move to the NBC Sports family as well as the debut of Michelin tires.

“We are growing our distribution network in North America and our sponsorship of this team will be the cornerstone of our efforts”, said Francisco Lima Aires. “We recognize that IMSA racing has grown each of the past five years in audience and importance to the auto racing fans in North America.  We want to ride the tide by promoting our extensive line of lubricants to our growing network of North American suppliers.”