Barbosa Unlucky in Qualifying, to Start Seventh at Road America 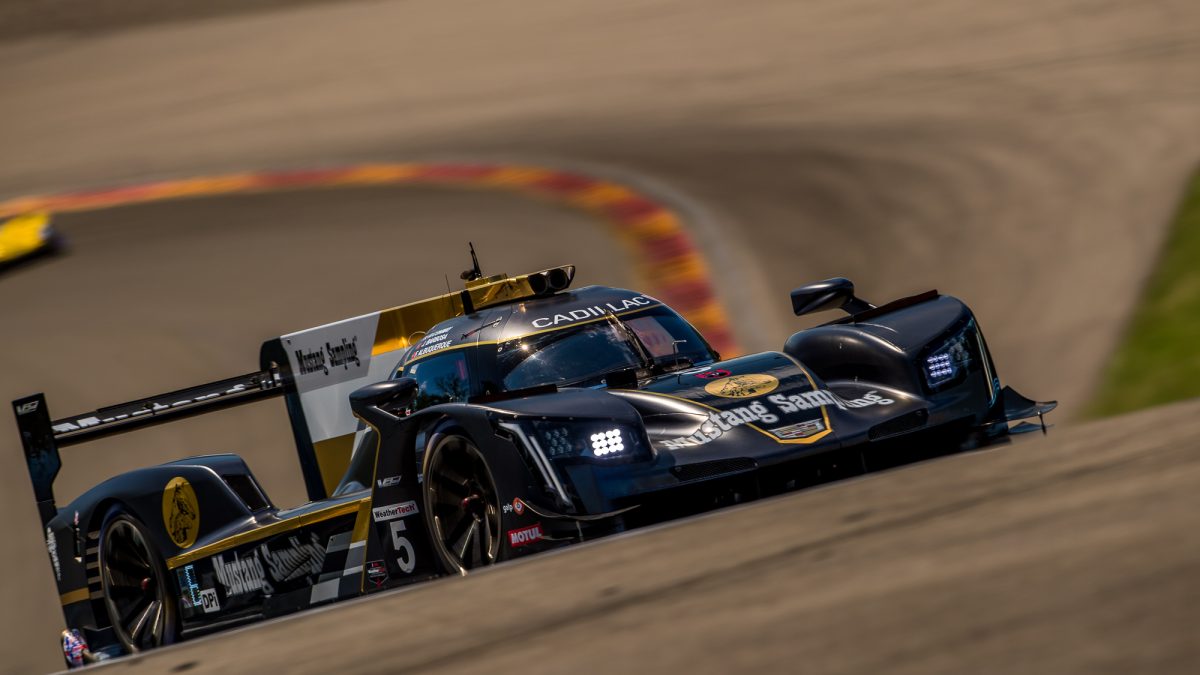 ELKHART LAKE, Wis. (3 August 2019) – Mustang Sampling Racing driver Joao Barbosa gave it his all in qualifying to earn a spot on the fourth row of Sunday’s IMSA Road Race Showcase at Road America on Saturday.

The three-time Rolex 24 At Daytona winner made the most of what turned out to be his single fast flying lap after getting unlucky with a mid-session red flag.  The 15-minute IMSA WeatherTech SportsCar Championship DPi qualifying was initially delayed by lightning amidst threats of heavy rain. Then, a four-minute red flag midway through the session for a stopped LMP2 car negated Barbosa’s bid for a fast lap on the 14-turn, 4.048-mile circuit.

Barbosa’s best lap in the No. 5 Mustang Sampling Cadillac DPi-V.R was one minute, 50.783 seconds. He will be joined by Filipe Albuquerque in Sunday’s two-hour, 40-minute event, the eighth of 10 races on the DPi schedule.

“It was a shame we had a red flag on my second lap, which was right at the peak of the tires so we were a little unlucky there,” said Barbosa. “You always take that risk when you wait to go out—I had no traffic at all but we just got caught out a bit.”

The team has a strong record at the track, and will look to fight forward in the race to return to the Elkhart Lake podium.

“It was looking good on that second lap but it went red so we weren’t able to finish the lap,” said Barbosa. “I went back out for a run at the end and the car was feeling pretty good. I think we will see what we’ve got. Cadillac has had a long dry spell since they added weight to the car after seeing. But this is a good race car and even though it will be hard with the extra weight, hopefully we will be able to catch up to the guys up front on a long run.”

Quick work by the circuit’s response team extricated the stranded car and enabled the session to go back to green, but Barbosa ran out of time on the longest circuit on the IMSA schedule.

“I went back out for a run at the end and the car was feeling pretty good,” Barbosa continued. “I think we will see what we’ve got. Cadillac has had a long dry spell, but this is a good race car. Hopefully, we will be able to catch up to the guys up front on a long run.”