A Star Spangled Banner Thank You 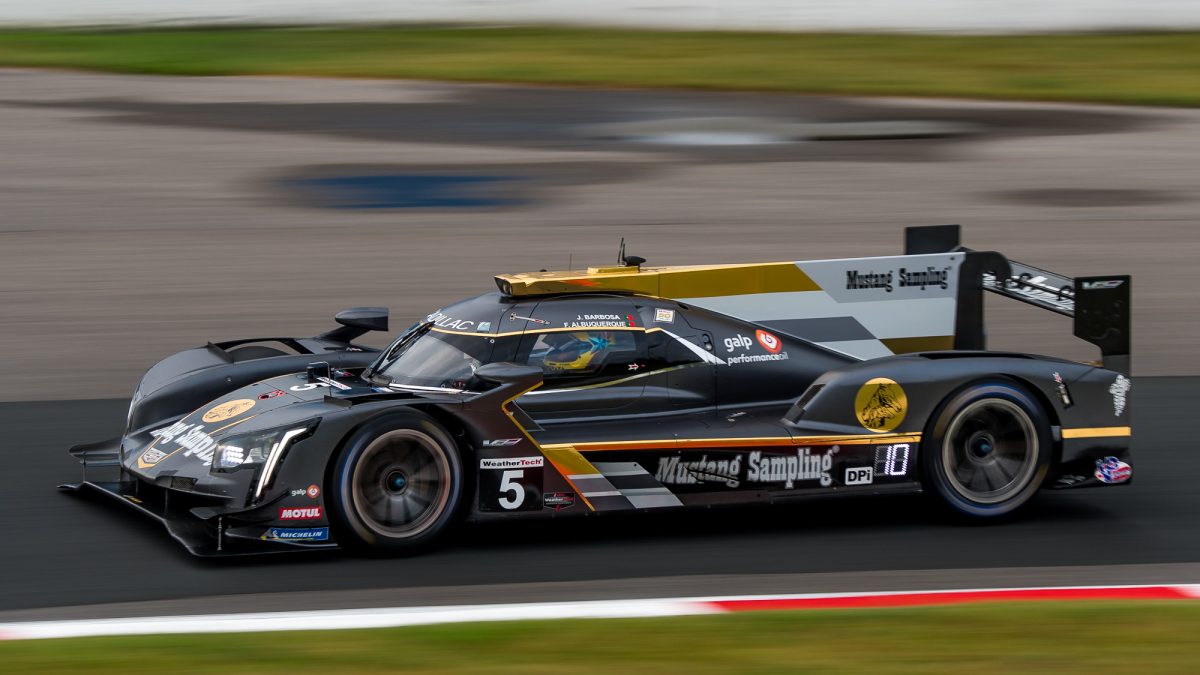 BOWMANVILLE, Ont. (6 July 2019) – Filipe Albuquerque put the No. 5 Mustang Sampling Cadillac DPi-V.R on the outside of the third row in qualifying at Canadian Tire Motorsport Park for Sunday’s Mobil 1 SportsCar Grand Prix.

BOWMANVILLE, Ont. (6 July 2019) – Filipe Albuquerque put the No. 5 Mustang Sampling Cadillac DPi-V.R on the inside of the fourth row in qualifying at Canadian Tire Motorsport Park for Sunday’s Mobil 1 SportsCar Grand Prix.

Albuquerque’s best lap on the 2.459-mile circuit was 1 minute, 6.130 seconds in the Cadillac Prototype that will be co-driven by Joao Barbosa in the two-hour, 40-minute race, the seventh of 10 races on the 2019 IMSA WeatherTech SportsCar Championship schedule. With laps just over one minute long and a high average speed each lap, traffic played a factor in the session.

“Our qualifying session was not bad, but the result is what it is,” Albuquerque said. “We will battle with the other Cadillacs for the best position. There was some traffic during the first few laps which did not help us put together the strongest lap. We needed to get that perfect to be able to stand a chance and get further up the grid.  We go forward to tomorrow now.”

This will be the first time the two drivers raced together at the circuit once known as Mosport Park. Albuquerque and Christian Fittipaldi finished fourth in the 2018 event – with Barbosa sidelined due to an injury in training – while Barbosa’s best finish at CTMP so far being a second place result with Fittipaldi in 2016.

Sunday’s race will be televised live on NBC, beginning at 1 p.m. ET.