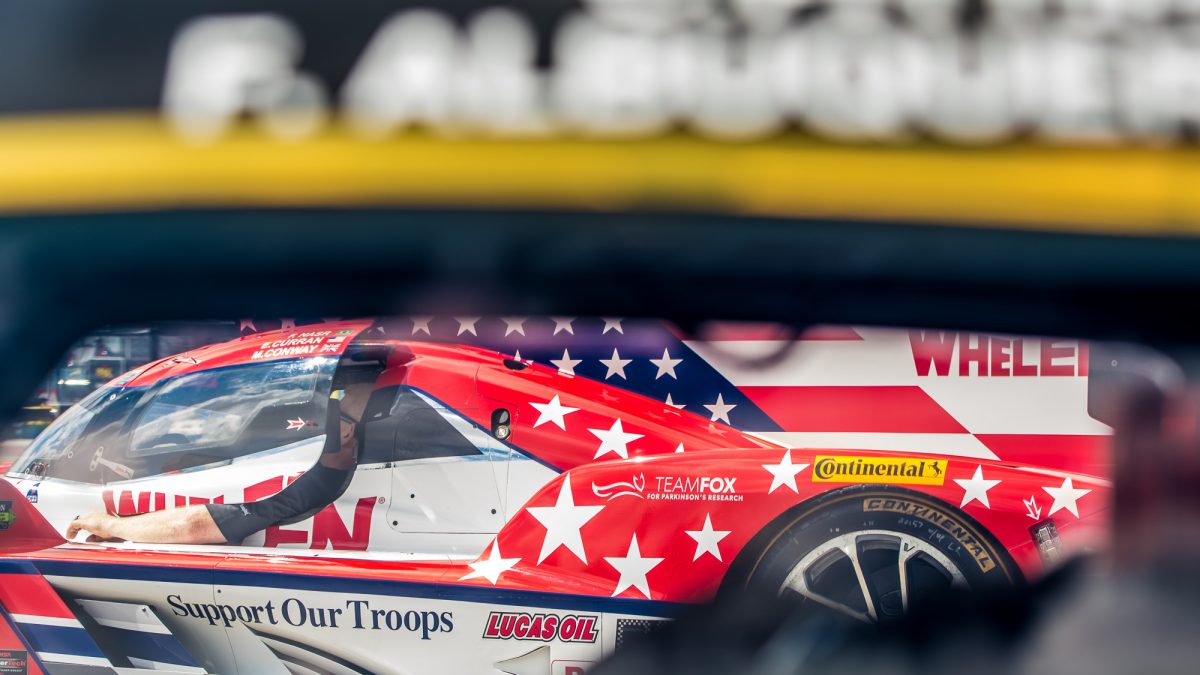 Watkins Glen, N.Y. (30 June 2018) On the first of two weekends that the team is carrying custom liveries honoring the United States Armed Forces, Action Express Racing is ready to fight forward in Sunday’s Sahlen’s Six Hours of the Glen.

Entering the event with the Mustang Sampling Racing and Whelen Engineering Racing entries tied atop the IMSA Prototype class championship standings, the team will look to extend its strong record of success at the fabled upstate New York track. 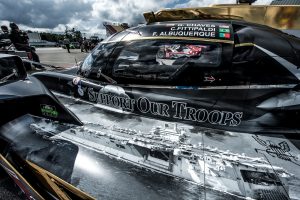 The 3.4-mile circuit is also playing host to the third round of the 2018 Tequila Patron North American Endurance Cup, which sees the No, 31 Whelen Engineering Racing leading the standings ahead of the penultimate round of the four-race (Rolex 24 At Daytona, Sebring 12 Hour, Sahlen’s Six Hour, Petit Le Mans) championship-within-a-championship.

Debuting a spectacular Stars and Stripes livery, the No. 31 Whelen Engineering Racing DPi-V.R of Felipe Nasr, Eric Curran, and Mike Conway will start the race from 11th on the grid after Nasr posted a 1:33.716-seconds lap in Saturday’s 15-minute qualifying session.

“I think we got all we could in that qualifying session,” said Nasr. “The No. 31 Whelen Cadillac was the best car we have had all weekend, it is stable and we were able to find pace everywhere around the track, but that was the maximum that we had on the package today. On the team side, I think we are all doing well. We have to think about the championship since we are running for two different ones this weekend. It’s going to be a long, hot, demanding race. I know Action Express is good at calling strategy and looking after the tires and we will do the maximum we can.”

After victories in the Rolex 24 At Daytona and Bubba Burger Grand Prix at Long Beach for the No. 5 Mustang Sampling Racing DPi-V.R entry, the team is chasing a third consecutive victory in the Sahlen’s Six Hour event. The weekend is the first with the team for Gabby Chaves, who has been called in as part of the driver strength following an injury to Joao Barbosa in training. Chaves teams with Christian Fittipaldi and Filipe Albuquerque, who took the controls for the qualifying session, and will take the green flag from the seventh row after his fast lap time 1:33.971-seconds.

Albuquerque took the controls for the qualifying session, and will take the green flag from the seventh row after his fast lap time 1:33.971-seconds.

“This is not an ideal place to start the race, but we got everything that we could out of the car today and will just focus on what we can do as a team tomorrow,” said Albuquerque. “The race will be very hot and there will be a lot of pit stops so we will have to lean on our teamwork to move to the front tomorrow. This team is really strong and we will just focus on our execution for the race tomorrow and aim for a big result.”