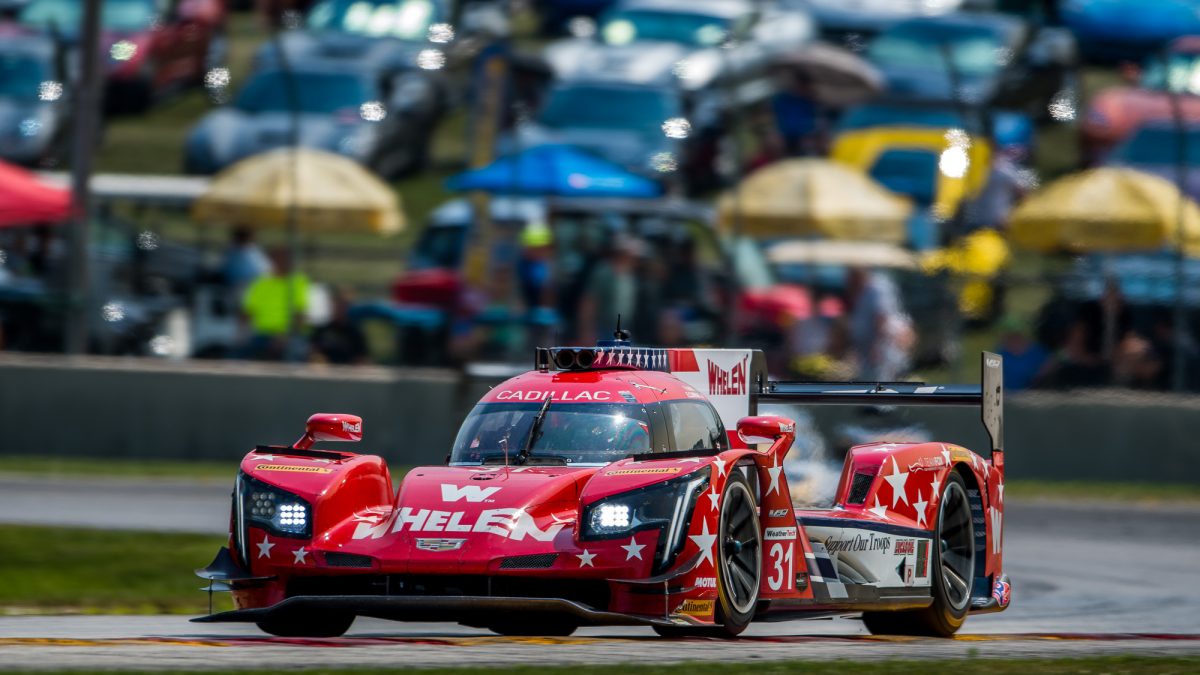 Eric Curran and Felipe Nasr, drivers of the No. 31 Whelen Engineering Cadillac DPi-V.R, enter the penultimate round of the championship with a seven-point lead over the field of IMSA Prototype machines. Whelen Engineering Racing is coming off a third-place finish in the most recent Prototype event at Road America in August – a finish that added six points to their championship lead.

But that lead hasn’t changed the preparations for the team as IMSA is set to stage another highly competitive sprint race with three classes in action.

“We will have the same approach that we’ve had all year, to avoid mistakes and just race for as strong of a result as we can on Sunday,” said Curran. “We always want to win—Detroit was awesome! But when you don’t win, coming home on that podium is of course the next best thing for the points. We just want to keep the wheels rolling and make the most of the weekend.”

This will be the first visit to the storied 11-turn, 2.238-mile circuit for Nasr, who joined Curran earlier this season in winning at Detroit’s Belle Isle Circuit among five podium finishes in eight races. However, the former Formula One pilot has quickly come up to speed on the unfamiliar circuits.

Nasr won in his first visit to Detroit’s Belle Isle Circuit earlier in the year. He also finished second in the season-opening Rolex 24 At Daytona – one of the few events Nasr has raced in the past – and scored second place results with Curran at Sebring, Canadian Tire Motorsports Park and Road America.

“The IMSA schedule is pretty incredible, just to have so many amazing tracks in one championship is really awesome and now we are going to one that is really famous!” said Nasr. “I’m really looking forward to being back in the Whelen Engineering Cadillac. Going through the corkscrew looks like it will be a cool experience, and there are some other faster sections of the track that are not as famous but I think might be even more fun so I’m really looking forward to experiencing it for the first time.”

Unlike his teammate, Curran has plenty of experience at Laguna Seca, dating back to his days in the former Grand-Am Rolex Series, where his best finish was in 2013 when he drove a Whelen-sponsored Corvette for Ted Marsh. In the WeatherTech Championship, Curran and former co-driver Dane Cameron finished third in 2016, driving a Corvette DP, and second last year behind the wheel of the No. 31 Cadillac DPi-V.R.

“The track is challenging, no matter what car you are driving,” said Curran. “It has a low grip surface and that can change from lap to lap with all the dirt and dust that gets on the track. So the car can move around a lot, and it is a tricky place to get the car set up and working well but it is the same challenge for everyone!”

Practice will open the weekend on Friday, with Saturday’s 15-minute qualifying session setting the grid for Sunday’s 2 hour, 40-minute race.

The season concludes with the Motul Petit Le Mans at Road Atlanta on Saturday, Oct. 13.