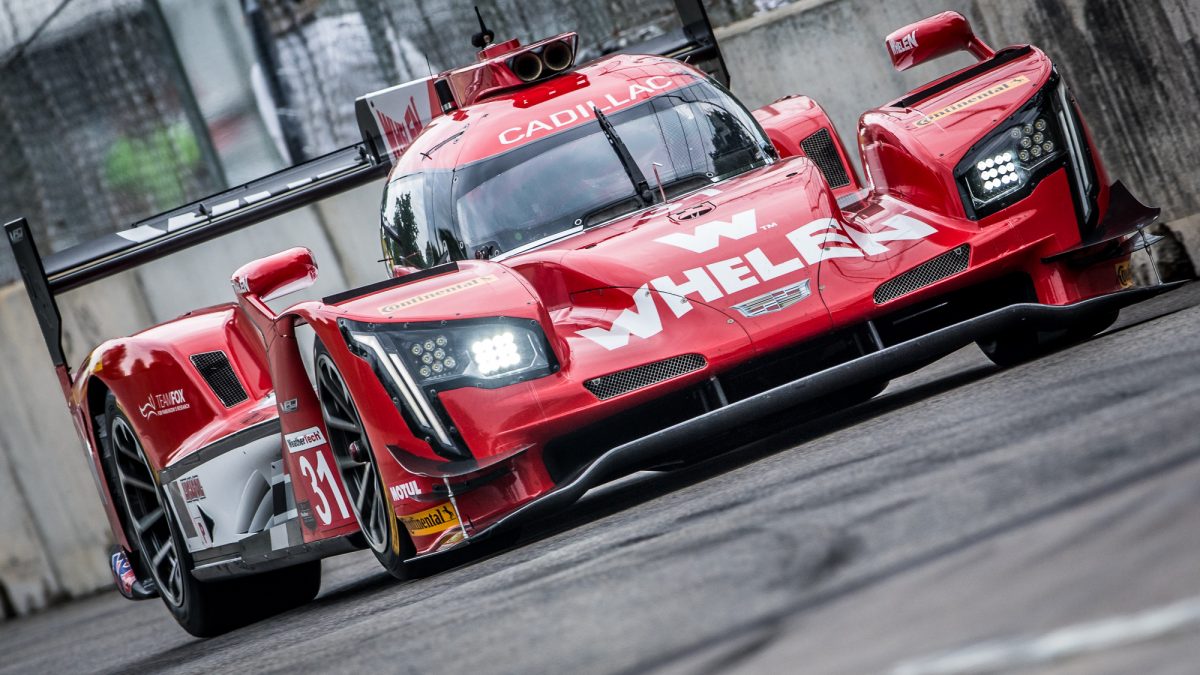 Drivers Eric Curran and Felipe Nasr shared the driving duties in the No. 31 Whelen Engineering Racing DPi-V.R to capture their third podium finish of the 2018 season. The post-race celebrations, which included a jump into the Victory Circle fountain for both drivers, were further boosted by the fact that the race victory came on the birthday of long-time motorsport and Team Fox supporter Sonny Whelen.

A crash in Friday’s practice session could have set the team effort back, but instead the group rallied to make repairs in time for qualifying. Curran started the race from sixth in the order and was able to move to run in fifth before taking to the pit lane for a stop for fuel and a driver change. Nasr returned to the field 18th in the order but worked his way forward to the top five by lap 38.

A final fuel-only pit stop on lap 39 set the stage for Nasr’s run to the front as he claimed the lead on lap 44 and refused to relinquish the point to score a big win for the team.

“It is a combination of everything,” said Gary Nelson about the teams run to victory. “The drivers did one heck of a job and we are really thrilled with what they did today. The pit stops were great. I think we have the best pit crew out there and we nailed the timing of those stops with the 31 today.”

“A big shout out to the Action Express, Cadillac, and GM guys who helped us get this win,” said Curran. “This is the place to be, and the place to win in our Whelen Cadillac. Hats off to the engineering team who took a not so perfect weekend and turned it around. The team did an awesome job with the car. This is my second win in the last number of years and if you are going to win a race, this is the best place to win one. It feels so satisfying to have our first win of the year. It is also a special win as it is Sonny Whelen’s birthday. Felipe Nasr did a killer job and put it together perfectly. Again, hats off to all the guys.”

“It was a tough race but I will take it! Eric (Curran) and the entire Action Express Racing team did a great job,” said Nasr. “After our first practice, we ended up hurting the back of the car. The guys put the car back together and we had an amazing qualifying. The race itself was all about getting the right calls and we took the Continental tires to the very end, which they hang on amazingly so I was able to drive the car fast until the end. We didn’t have a great start to  the weekend but here we are,  and I couldn’t have asked for a better day to be honest. I am super happy!”

The next race on the IMSA WeatherTech SportsCar Championship will be the Sahlen’s Six Hour at Watkins Glen International on July 1.