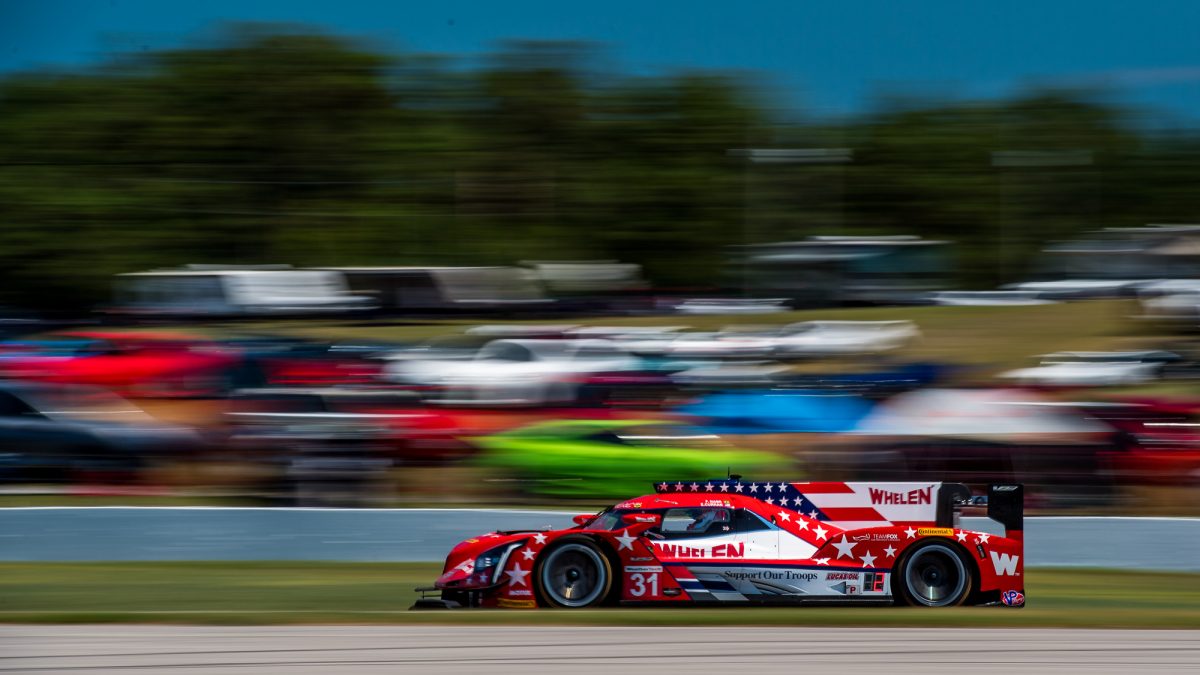 The podium result is the third in a row for the team at the high-speed circuit set in rural Ontario, having brought the Whelen Engineering Racing entry victory in the 2016 and 2017 CTMP events.

The outcome was far from what was envisioned before the race start, as the No. 31 Whelen Engineering Racing DPi-V.R started the race from 11th on the starting grid. But with shrewd pit strategy, outstanding pit lane execution, and strong race pace, the team fought forward to earn a new trophy and a champagne shower for Curran and Nasr, who moved to the top of the provisional IMSA WeatherTech SportsCar Championship standings with the result.

Curran, who has won at the Canadian circuit in a range of different race machines, opened the race from 11th on the grid as the race set into an early rhythm. The packed three-class field once again put track position at a premium with lap times for the top Prototypes just over one minute a piece. Keeping that in mind, Tim Keene, performance engineer for the No. 31 entry, called Curran in for a stop on lap 18.

The timing was ideal as a full course caution soon appeared as Nasr took the controls and returned to the field third in the order for the restart.

Making his first start at the track, Nasr made the most of the tack position to hold strong despite the relentless pursuit of the field. Fighting through five more restarts after full course cautions, Nasr raced his way to the finish to score third at the checkered flag. The podium is the fourth of the 2018 season for the Whelen machine as the duo now look ahead to Road America in August.

“We are very proud of all four drivers, both crews, and our engineering department,” said team manager Gary Nelson. “There is no quit in Action Express. If there is time on the clock, then we will go as hard as we can. Over and over we prove we are a team that does what is says. We back it up-we don’t quit, we go.”

“The Action Express guys never give up and worked on the car to find some more speed in it,” said Curran. “Tim (Keene) on the pit box and his strategy helped us get here on the podium. He knows exactly when to pit and all the Whelen guys killed the pit stops on all fronts, it was a whole team effort. This team executes so well and we just do our thing and remain consistent. We didn’t have the fastest car today but congrats to the No. 54 car on their win. The Whelen Cadillac was still good and it was a good day for championship points. I think we flip flopped back to the lead with our No. 5 teammates. I love coming to Mosport and it’s always good to be on this podium.”

“Coming from a tough day of qualifying, we knew the possibilities for the race were there especially with yellows,” said Nasr. “Tim (Keene), who oversees our race, did an amazing job. He was on it and anticipated the yellows and brought Eric (Curran) in so I could get in and we leap frogged the field. That put us in contention to have a strong race. From that point on it was pretty much hitting our marks, putting fast laps together, and clearing traffic. Once again, a big thumbs up to the Action Express team for putting the car in podium condition. Third place is a place I couldn’t have imagined us being in, but somehow we did it again with the package we had. I just want to praise the team, the Whelen boys, and the mechanics. I am super happy with today.”

Next up on the IMSA WeatherTech SportsCar Championship schedule for the team will be the Continental Road Race Showcase at Road America on August 3-5.