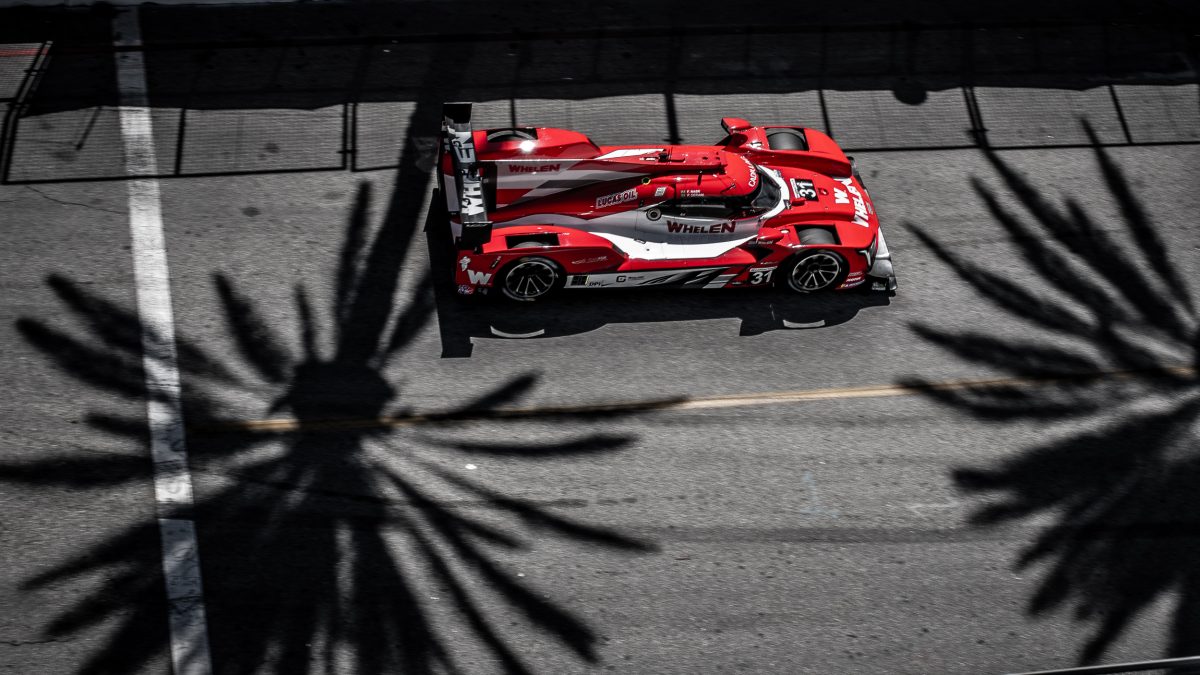 Felipe Nasr started from second on the grid with the No. 31 Whelen Engineering Cadillac DPi-V.R and needed only eight laps to take the lead. Nasr then led 17 laps, building up a five second lead prior to a caution at the 37-minute mark of the 100-minute sprint.

Taking to pit lane for full service and a driver change, Pipo Derani took over for Nasr in the cockpit as the car seemed set to return to the lead of the race. Unfortunately, as the Whelen racer returned to the fray, the left-front wheel came loose on the following lap, leading to a pair of unscheduled stops.

“It’s a real shame, because it looked like the perfect race up until then,” Nasr said. “I had a very good car and was leading the race, and we were good on fuel mileage. I felt so good, and everything was under control. I was leading a few laps, and everything was going to plan. When the yellow flag came out, we were set for a full stop. Unfortunately, when Pipo got into the car, one of the wheels was loose and we had to pit again.”

After serving a penalty stop and hold for following the incorrect procedure on pit lane for the emergency stop, Derani rejoined the race 14thoverall. He quickly worked his way through the GTLM traffic, and then managed to gain an additional two positions during the final 45 minutes to come home in sixth at the checkered flag.

“First off I have to say that we ended up being lucky on a very unlucky day today,” Derani said. “We need to regroup as a team to understand what happened. I felt like the race was ours today. We had a fantastic car all weekend, but it was damage limitation today once we had the problem.

“Immediately when I came out of the pits I knew that something was wrong and at that point it was just about surviving and getting back to the pits,” Derani added. “And then when we got back into the pits it was the wrong time because the GT cars were in there. Then we had to take a penalty. So considering everything, we still finished sixth. We were super quick and I think I did the fastest lap of the race, so that shows how good the car was and how on it we were. It definitely wasn’t easy at the end, we had some tire degradation, but that was expected as we were pushing so much and trying to make up ground.”

Nasr repeatedly set the fastest lap of the race during his stint. Derani continued that theme with the Whelen entry, with his best lap of 1:11.932-seconds setting a new IMSA race lap record.

“Today we had a bad day,” Nasr said. “I know championships are done with good and bad days; today we had ours. We were still able to recover and score a few points. That’s racing. I still believe we’ve got a strong car and team behind us, and we’re still going to push hard for the next races.”

The No. 31 Cadillac finished second in the season-opening Rolex 24 At Daytona before winning the Mobil 1 Twelve Hours of Sebring. Unofficially, the Whelen Engineering Racing team leaves Long Beach leading the WeatherTech Championship standings.

Round 4 of the IMSA WeatherTech Championship will be the Acura Sports Car Challenge at Mid-Ohio on May 5.