Mustang Sampling Looking Ahead to 2019 with Action Express Racing 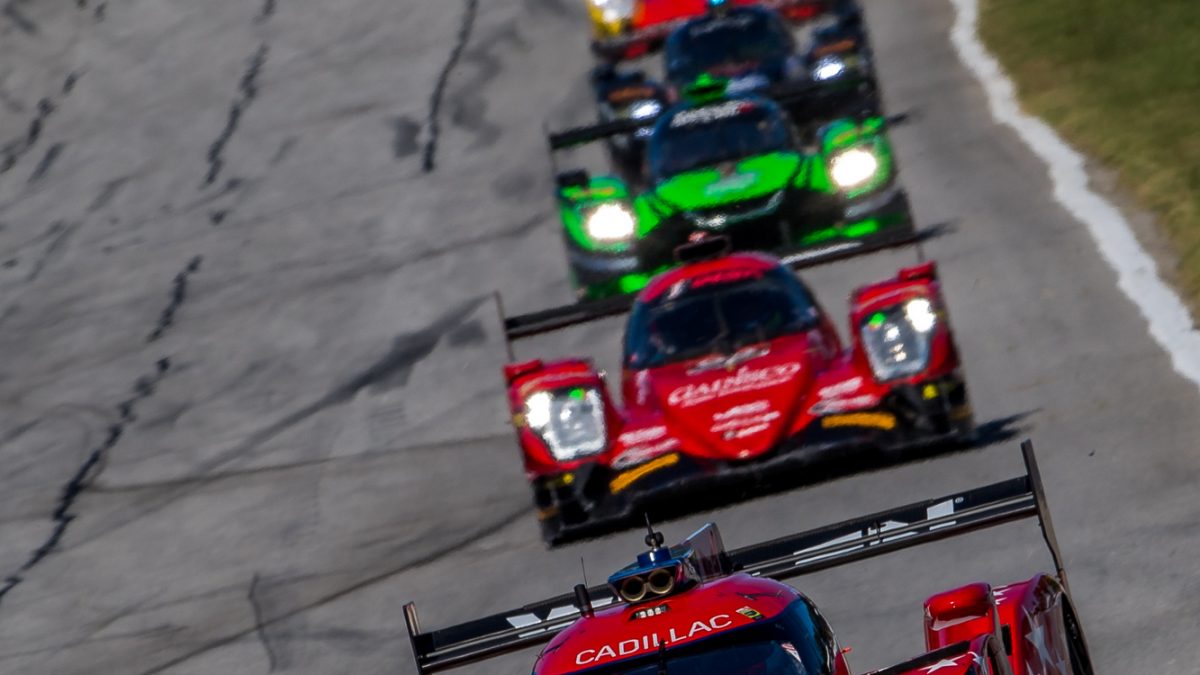 Curran and Nasr combined to lead 77 laps at the 2.54-mile circuit, and later ran second for 24 consecutive laps during the eighth hour.

A record-setting race pace saw a range of strategies develop to set the stage for a dramatic final thirty minutes of racing as teams took different approaches to fuel strategy.

Nasr had to balance his pace with a fuel strategy as the pursuing championship squad used an alternate pit stop plan to gain track position late in the race. But with clear instructions from the Whelen Engineering Racing pit box,  a disciplined drive from Nasr saw the team take exactly the result that was required to secure the title.

“It was amazing to pull it off at the end,” said Curran. “The last 20 minutes were just on the edge, and it really wasn’t looking good for us. We had Felipe (Nasr) back off on the fuel and save as much as he could, so we wouldn’t have to do one more stop.”

“Our Whelen Cadillac was strong the whole race long,” Curran continued. “It’s interesting to win a championship by going slow. It’s a funny way to do it. What an unbelievable teammate! Felipe and I won the Tequila Patron Endurance Cup as well, and Gabby (Chaves) did a great job in the car. It’s been an unbelievable year.”

“This is definitely the best yet,” said Action Express Racing Owner, Bob Johnson. “This was so exciting, I don’t know how you top this. Thank goodness we’ve got these young drivers like Felipe (Nasr) who can do the endurance events and spend three hours in the car there at the end! This was very big. It was a great job up on the top of the box, a phenomenal strategy. The entire team did a great job and this feels fantastic!”

“It was an exhausting last stint, to be honest, three-plus hours in the car,” Nasr said. “Somehow, we lost power halfway through the stint so the only chance we had to make it happen was to look at that fuel mileage, and hitting that target perfectly on every lap.

“I want to thank Eric, Gabby and Mike (Conway),” Nasr added. “Even though Mike wasn’t here this weekend, he’s been a great part of the team. And thanks to all the Action Express guys who made all the calls, all our sponsors, everyone who is behind this effort. The Whelen car has won two championships! I’m so excited. This is my first year in the series, and getting the championship, I couldn’t ask for a better way for the season to go. It seemed impossible, but somehow, we made it. I just need time for it all to sink in.”

Driving the Whelen Engineering Cadillac for the first time, Chaves ran as high as fourth during his turn at the wheel.

“The car was good,” Chavez said. “I was just trying to manage the tire wear and the traffic, which was rough. I tried to stay clean, and let the guys who have been doing this all year wrap it up. The hardest part for me was that the GTD guys seemed to be very aware during practice. But during the race, it was a totally different game. So I had to adjust my approach after that first stint. Congrats to Eric and Felipe on a great season.”

The Tequila Patron North American Endurance Cup began with the season-opening Rolex 24 At Daytona and continued through the Mobil 1 Twelve Hours of Sebring and Sahlen’s Six Hours of The Glen. This marked the fifth consecutive year that Action Express Racing captured the unique championship.

“For sure, winning the Patron Endurance Cup is a big deal for the team,” Curran said. “It’s fun for us on the No. 31 side, but the No. 5 car has been amazing – they’ve won it year after year after year. Action Express as a whole really gets it done.”