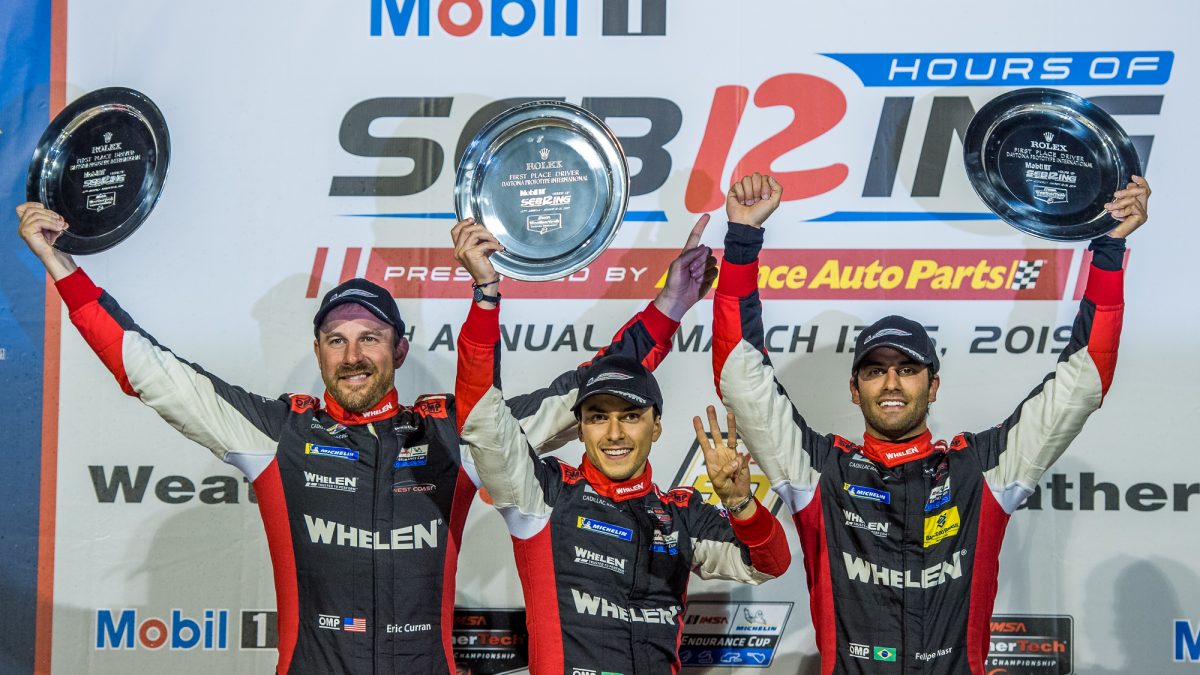 WATKINS GLEN, NY – (24 June 2019) – Whelen Engineering Racing enters the second half of the IMSA WeatherTech SportsCar Championship season running up front in the quest to repeat in two championships in Sunday’s Sahlen’s Six Hours of The Glen.

Team regulars Felipe Nasr and Pipo Derani will be rejoined by Eric Curran driving the No. 31 Whelen Engineering Racing Cadillac DPi-V.R in the traditional endurance test at historic Watkins Glen International’s 3.4-mile long course. The last time this trio raced, they scored victory at Sebring and will look to do that once again to grow their five point advantage in the current IMSA championship standings.

The team has also set its sights on winning the IMSA Michelin Endurance Cup title for the third consecutive year – which would extend Action Express Racing’s perfect record in the six-year history of the competition among the four longest races on the WeatherTech Championship schedule.

Curran has made 11 appearances in the Six Hour since 2000, with his best finish second in the Whelen Engineering Corvette DP.

“I love racing at the Glen and I am really ready to go this weekend,” said Curran. “It was awesome to win Sebring and hopefully we can have another great race this weekend. The Whelen boys do such a great job preparing the car and with the pit stops, and that is so critical in the endurance races like the 6 Hour so hopefully we can continue to be strong for the Michelin Cup.”

A year ago, Nasr, Curran and Mike Conway finished seventh at Watkins Glen, building momentum for the red-and-white Whelen Engineering entry on the way to its second IMSA title in three seasons.

“Watkins Glen is an amazing track,” said Nasr. “It is a great part of the country and it is so cool to have an endurance race like the 6 Hour on a track like this. We didn’t have a great result there last year so I’ve been thinking about this race for a long time now and am eager to get back.  I’m also looking forward to having Eric (Curran) back with us. We won the last time we all three raced together (Sebring) so hopefully we can have that kind of day this weekend!”

“It’s the midpoint of the season, and we’re still leading in the points, so I’m pretty happy with that,” said Team Manager Gary Nelson. “We’ve won every one of the Michelin Endurance Cups, so we’re going to be paying attention to that, for sure.”

Nasr’s lone race at the Glen was in 2018. Derani raced in the six hour event three times with a different team, capturing the pole position in 2017.

“I’m really looking forward to Watkins Glen as we now start the second half of our season with one of the best tracks and event of the IMSA WeatherTech SportsCar Championship calendar,” said Derani. “It’s a long and exhausting 6 hour race in the heat of the summer but a fantastic race track to drive with so many high speed corners. Felipe and I will have Eric join us for the Endurance cup and we are extremely positive to continue our fight for this championship. It will not be an easy track for our package but we will give our best and hopefully that’s good enough for a win.”