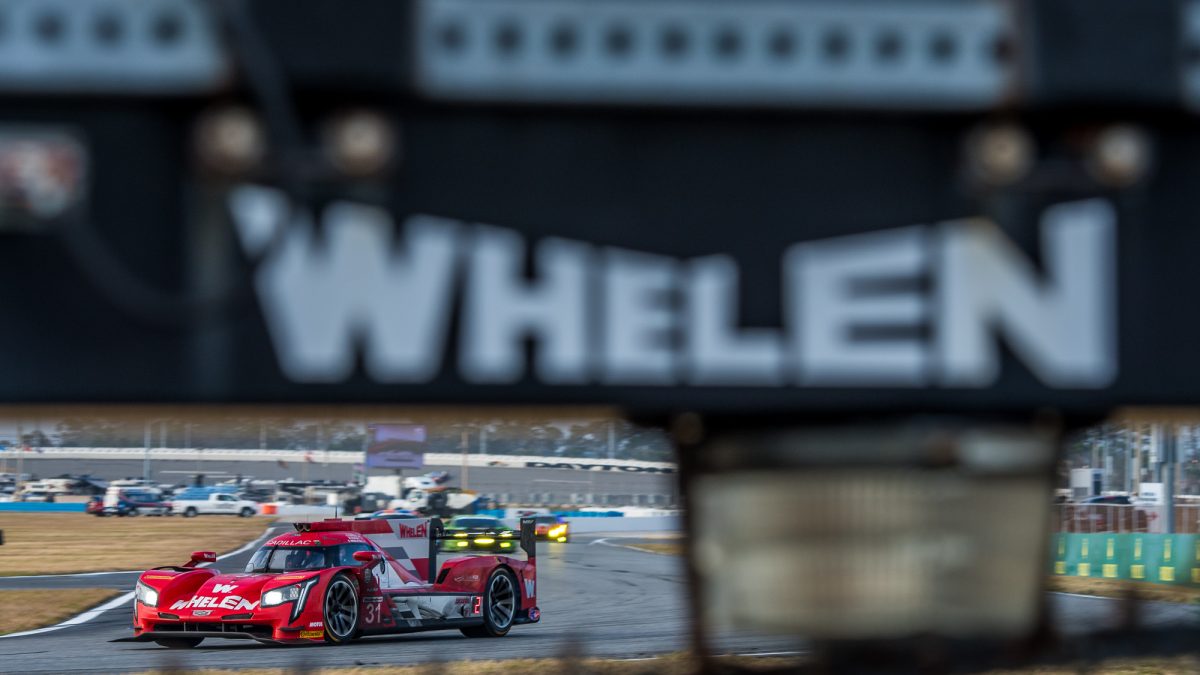 Daytona Beach, Fla. (28 January 2018) Whelen Engineering Racing delivered a strong performance in a record-breaking race as the team took a second place finish in the Rolex 24 At Daytona on Sunday. 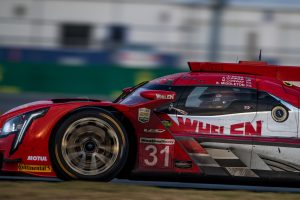 The foursome was a front-running threat all day and night of the record-setting race, which saw the race winning No. 5 Action Express entry take the victory by just over one minute after covering 808 laps, or some 2,876 miles.

After dueling for the lead with the No. 5 late in the race, the No. 31 Whelen Engineering entry encountered high running temperatures as the drivers adjusted their pace to ensure that the Prototype would go the distance.

Standout drives by all four on the roster saw the fabled white and red Whelen machine a regular fixture out front as the team delivered faultless pit stops through the unrelenting race, which was only slowed four times for caution periods.  Middleton drove the car across the finish line to close out the day, setting a new record as the youngest to take the Rolex 24 podium at just 18 years old, besting the mark set by Nasr in 2012. 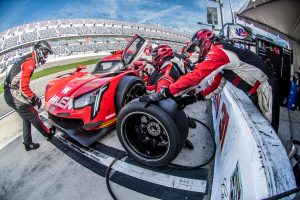 Whelen Engineering Racing will return to IMSA WeatherTech competition in just over a month’s time for the Sebring 12 Hours on March 17th.

“The Whelen Cadillac was strong from the beginning. We had the pace to be upfront most of the race. We led a lot during the 24 hours. We had to deal with some overheating. Every time just trying to minimize the effects and keep it out of the garage. There were not many yellow flags to recover laps, which made our life very difficult. A one-two finish is a great result. I am pleased with my first race with the team.”

“Overall the Whelen Cadillac was strong all race long. The team performed great in the pits. We were there, at the top. Every one of us had a chance to lead. We just had some small issues. I was leading and we lost a brake light. We had to come in and fix it. Then we had some overheating issues, had to come in again. For the team, a great one-two finish. It would have been nice to leave with a (Rolex) watch, but it is a great start to the season.”

“The team gave us a car that had the chance to win, which is all you can ask for as a driver. Compared to last year the competition was big. It was non-stop action. Even a car 10 laps down is tough to get by as they are close in lap times. With Felipe(Nasr), Eric (Curran) and Stuart (Middleton),they all did a great job. A great day to be a part of a one-two finish to start the season.”

“My first time in a prototype race was fantastic. I did long stints, I was still learning the Cadillac over my time in the car. I am very happy with the result. My first time driving a prototype in a 24-hour race to come second is great. I am very thankful to the team and Sunoco for making possible.”