Eric Curran Going for One Lap of America with Whelen Engineering 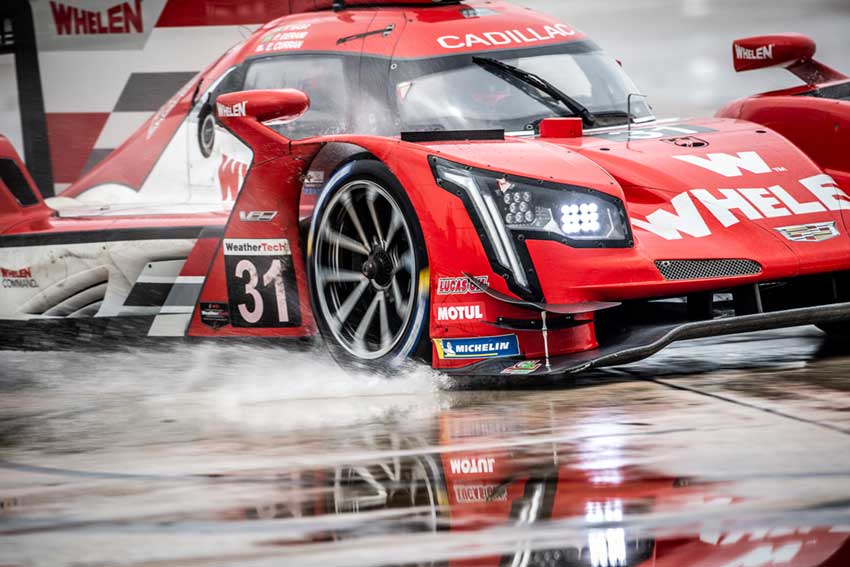 LEXINGTON, Ohio (4 May 2019) – After electing not to practice under rainy conditions on Friday at Mid-Ohio, the Whelen Engineering Racing team quickly got up to speed on Saturday to gain a second-row starting position for Sunday’s Acura Sports Car Challenge (live broadcast 1:30 PM ET Sunday).

Pipo Derani turned a lap of 1:11.721-seconds in the red and white No. 31 Whelen Engineering Racing Cadillac DPi-V.R he co-drives with Felipe Nasr. The lap was the fourth-fastest in qualifying for Sunday’s two-hour, 40-minute race on the challenging 13-turn, 2.258-mile circuit. Derani led the charts early in the session before his time was superseded. He continued to improve both his time and his standing, closing the session with a spot on the second row.

“In general, the balance was good,” Derani said. “It is such a low grip track. Starting fourth is a positive and being the first Cadillac was also positive. We will just go from here. The car felt really good from the beginning and then we hit a limit, but the first three could improve on that by a big margin. The other cars were super quick here last year, but I think that for the race, we should have a good car.”

Derani and Nasr take plenty of momentum into the fourth race of the IMSA WeatherTech SportsCar Championship. The team placed second in the season-opening Rolex 24 At Daytona and then won the Twelve Hours of Sebring.

The duo had a strong pace on the way to a sixth place finish at Long Beach and will look to bank as many IMSA championship points as possible on Sunday.

The Acura Sports Car Challenge will be televised live on NBCSN, beginning at 1:30 p.m. ET.