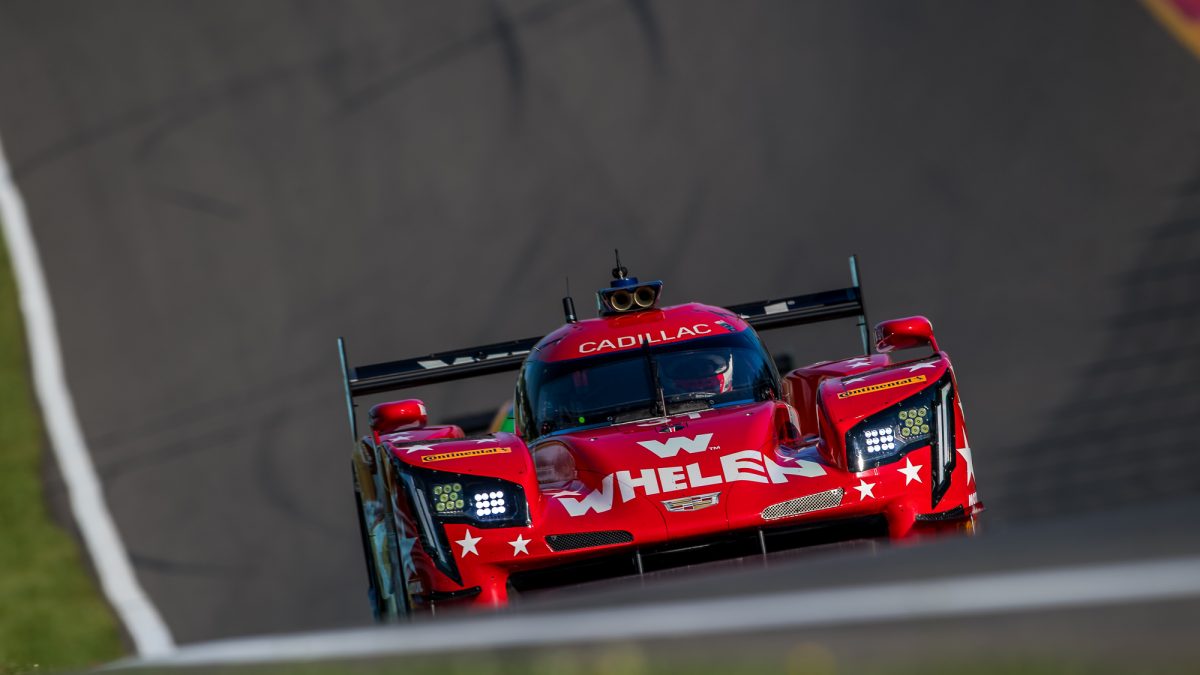 Watkins Glen, N.Y. (1 July 2018)   The No. 31 Whelen Engineering Racing DPi-V.R  of Felipe Nasr, Eric Curran, and Mike Conway finished seventh in the Sahlen’s Six Hours of the Glen on Sunday as the IMSA WeatherTech SportsCar Championship staged round six of the 2018 season.

The team entered the event holding the championship points lead and carrying the momentum of a breakthrough victory in the most recent round in the Detroit Grand Prix. Welcoming Conway back to the lineup, the trio looked to extend their podium-winning streak as Watkins Glen International played host to the penultimate round of the Tequila Patron North American Endurance Cup.

Nasr started the race from ninth in the order and held station in the top ten for the opening segments of the race before turning the car over to Curran and then Conway as the Whelen machine motored through the laps on a series of extended green flag runs. The first day of July was a robust example of the summer season as the crew and drivers all had to contend with very warm temperatures at the upstate New York track.

With the continually evolving IMSA regulations, the Cadillac Prototype couldn’t produce the top speeds that some of the other Prototype machines enjoyed, but the team kept its head down and worked to maximize what was on offer with good stops and smart strategy.

That effort saw Curran move up to run sixth by lap 90, with Conway upping the ante by moving up to fourth by lap 120 of the 202-lap race. The push forward continued as Nasr held second position on lap 159 following a string of quick laps after he found a good gap in traffic.

A final pit stop didn’t net the team the track position they were hoping for after a balky wheel nut slowed the stop. But once returning to action, Nasr focused on equal parts pace and economy to hold his track position and make sure the car would make it to the finish on fuel, taking the checkered flag in seventh.

“All the guys on the Whelen engineering side worked hard all weekend,” said Curran. “We were dealt the wrong hand and we knew it coming into the weekend. We decided to do the best we could and try what we can and execute the best we can from the driver and crew standpoint. The Cadillac wasn’t the car to have today, but it was still a decent result. We will keep pushing forward and move onto Mosport and get a better result out of that.”

“It’s good to be back with the Action Express guys driving the Whelen car like usual,” said Conway. “It’s always fun! We knew it was going to be tough coming into the weekend but we maximized what we could have done. The last two thirds looked like we had a chance to secure it but a bad pit stop took that from us. We tried as hard as we could. It’s more points for the championship which is good and I hope the rest of the year moves in a positive direction for the team.”

“We managed our race pretty good and the team was good during pit stops and strategy calls today” said Nasr. “We had a pretty consistent car out there to make up positions during traffic. All the drivers, Eric and Mike, did a good job as well. Just before the last stop was when I got some really good fuel laps that I could jump to second. Unfortunately we had a wheel nut come loose during the stop and had to go to the spare gun and lost five spots right there. We could have been better but we still managed to get decent points and look forward to the next one.”

The Glen endurance event will be followed closely with a sprint race next Sunday as the IMSA WeatherTech SportsCar Championship heads North to Canadian Tire Motorsports Park. Whelen Engineering Racing won the event in 2016 and 2017.