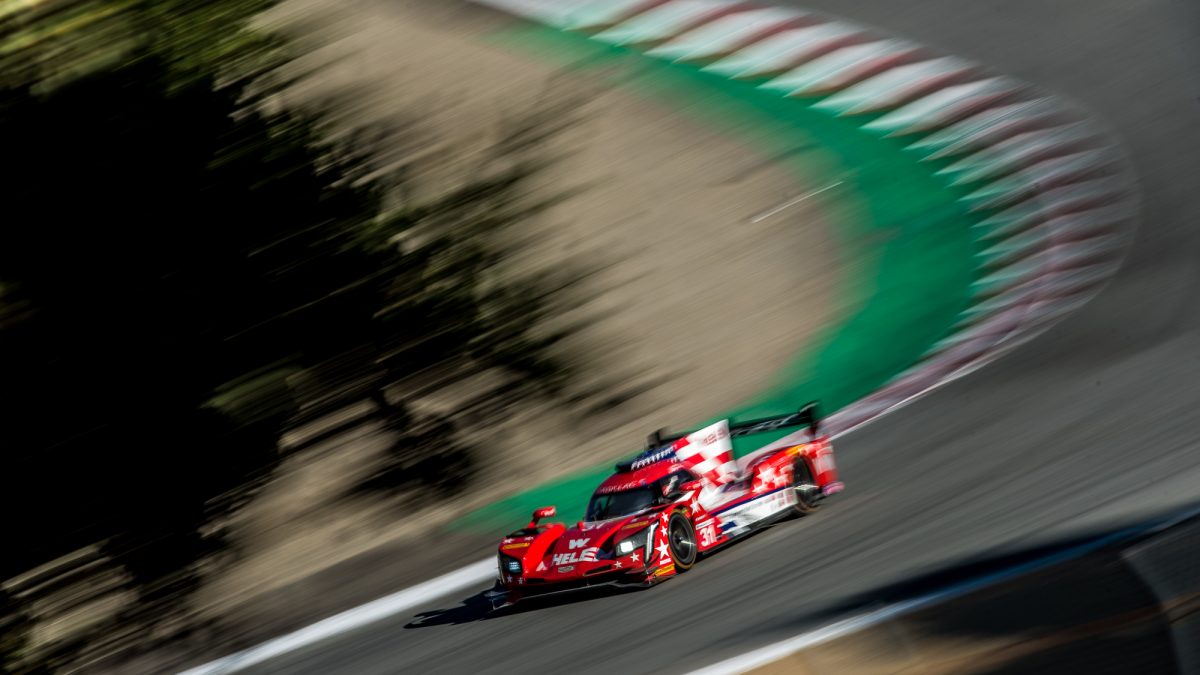 Curran started ninth in the No. 31 Whelen Engineering Cadillac DPi-V.R, and ran eighth throughout his stint before pitting under the second full-course caution.

“That was a crazy one for sure,” Curran said of the opening segment of the race. “First off, I feel bad for our teammates in the No. 5 car with Joao (Barbosa) getting turned around at the start and getting hit really hard. So it was a tough start for us, and then we had another yellow right away so that first segment that I was in, it was very little green flag running. But Felipe (Nasr) did another awesome job. We fought as much as we could all day but we didn’t have the balance to have the Continental Tires working the way we needed them to.”

Once at the wheel, Nasr began the quest to give the team its sixth podium finish in nine races, including a victory at Detroit.

“The starts this year have been pretty clear, but this start was pretty messy for everyone and unfortunately, we lost our sister car,” Nasr said. “But Eric (Curran) avoided the trouble and once I was in the car, it was about gaining back the positions, because we were in the back of the prototype field.”

Nasr worked his way up to second and held that position throughout the middle stages of the race. However, he fell back to ninth following his final stop with 46 minutes remaining, and had to fight hard to gain positions in the closing laps.

“The car felt amazing early on,” Nasr said. “I was able to recover pretty quickly and we got ourselves back into P2. But when I got the second set of new tires, it was like I was driving on ice so we lost pace in the last part of the race.  All we could do was to bring it home. We’re still in the hunt for the championship and that was the point today, that if we didn’t have the car to win the race, we still got some points.”

The race was won by Pipo Derani and Johannes van Overbeek. On Friday, Derani was announced as Whelen Engineering Racing’s co-driver with Nasr for the 2019 season.

The Whelen Engineering Racing entry will enter the final race of the 2018 season leading the championship standings.

“Now we just have to get ready for Petit Le Mans, go down there and just do our job,” Curran said.