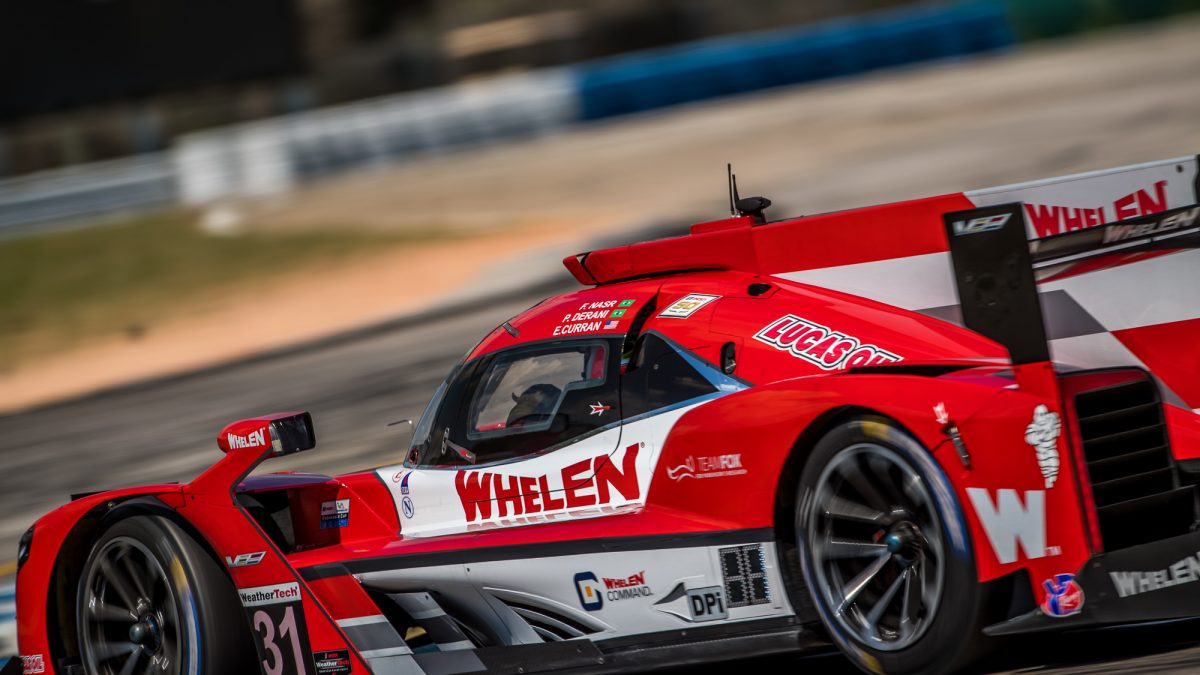 Derani’s best lap was 1:46.354-seconds in the No. 31 Whelen Engineering Cadillac DPi-V.R that will be co-driven by defending IMSA WeatherTech SportsCar Championship titlists Felipe Nasr and Eric Curran.

“It is my first time qualifying the Cadillac, so I have a little bit to learn there,” said the two-time Sebring 12-hour winner. “We are not that far away with our qualifying time, and we did the best that we could. We are the best of the Cadillacs and I think we have a very good race car.”

Derani is the defending Sebring race winner, and also won the event as a rookie in 2016. This is his first year driving the Whelen Engineering Cadillac, that was driven to third here last year by Curran, Nasr and Mike Conway. Whelen Engineering has finished on the podium in three consecutive Sebring classics, with its best finish second in 2016.

“It is great to be racing for the current champions and I am really hoping I can get another win here,” said Derani. “We will see what the conditions are like in the race, but I know this Whelen team will be ready for whatever the race throws at us.”

The Whelen Engineering Cadillac was at or near the top of the charts in all three practice sessions on Thursday.

Nasr led the opening session with a lap of 1:46.996. Derani was second in the afternoon practice, while Nasr was a close second in the extended night session.

The final opportunity to fine-tune the red-and-white Cadillac will be in a 20-minute warm-up session Saturday at 8 a.m. (all times ET). The 67th Mobile 1 Twelve Hours of Sebring begins at 10:40 a.m. with live coverage from CNBC.