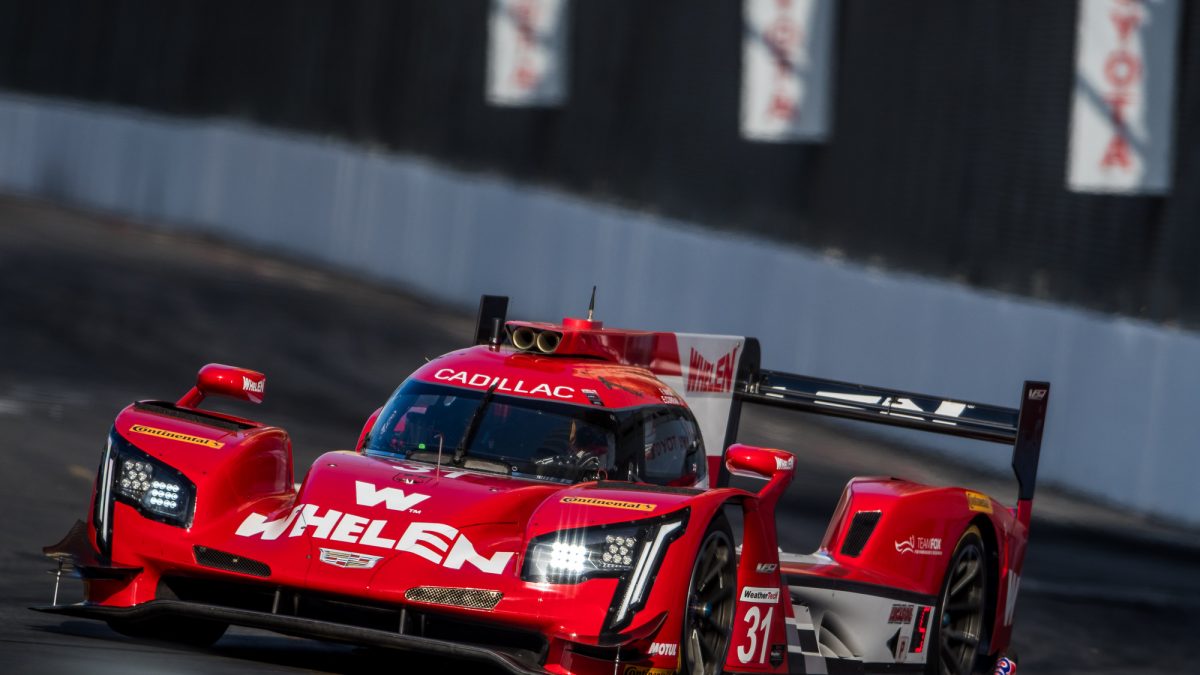 Detroit, Mich. (29 May 2018)-  With four IMSA WeatherTech SportsCar Championship races already in the books, Whelen Engineering Racing is ready for the fifth round this Saturday in Detroit. With two podium results so far in 2018, the team has a ten point margin to the lead of the IMSA Prototype standings and will look to make up ground on the streets of Belle Isle.

Set on the picturesque Belle Isle Park, the 2.3-mile Detroit circuit is a concrete-lined temporary track that has been a staple of the IMSA schedule since 2012. With the No. 31 Whelen Engineering team having won the 2015 Detroit race, and then scoring second in the 2017 edition, the track is one that has featured some significant moments for the team.

That 2015 victory marked the first in Prototype class competition for Whelen Engineering, and launched the team into championship contention on the way to securing the 2016 IMSA Team and Driver titles.

“Detroit in 2015 was kind of our breakthrough weekend, and it was so big to go get that first Prototype win for Whelen so we’d love to go back and have that kind of day on Saturday,” said Curran. “There is such great support there with so many key people from GM—it is a good place to do well! And the track is one that I enjoy—it’s challenging with the different surfaces, and of course lined with walls just like Long Beach. But it is a rewarding place to do well and we’ve been quick there with both Action Express cars through the years. Hopefully we can have a big weekend and go out and score a win with Felipe (Nasr).”

The previous round of street circuit racing at Long Beach featured a very competitive outing for Curran and Nasr before contact from another car foiled a run to victory lane. But that kind of performance is one that has both Whelen Engineering drivers eagerly counting down to race day.

While the Detroit circuit is another new addition to Nasr’s career file of tracks, his ability to find a fast familiarity should be an asset.

“I really enjoy the street circuits—they are an important part of the mix for any major championship,” said Nasr, who has Formula 1 experience at street circuits including Baku and Monaco. “Doing well on tracks like this is a good test to be a complete driver. I haven’t been to Detroit, but from what I’ve been studying it looks like it has a few similar characteristics to Long Beach. I know that the team has a great record there, so hopefully that’s something Eric (Curran) and I can continue this weekend. We’ve been close a couple of times to getting a win, but have just missed out—hopefully this will be our weekend.”

The Chevrolet Grand Prix presented by Lear weekend will open with practice and qualifying on Friday, with a 12:40 PM ET green flag (FS2 live broadcast) on Saturday.