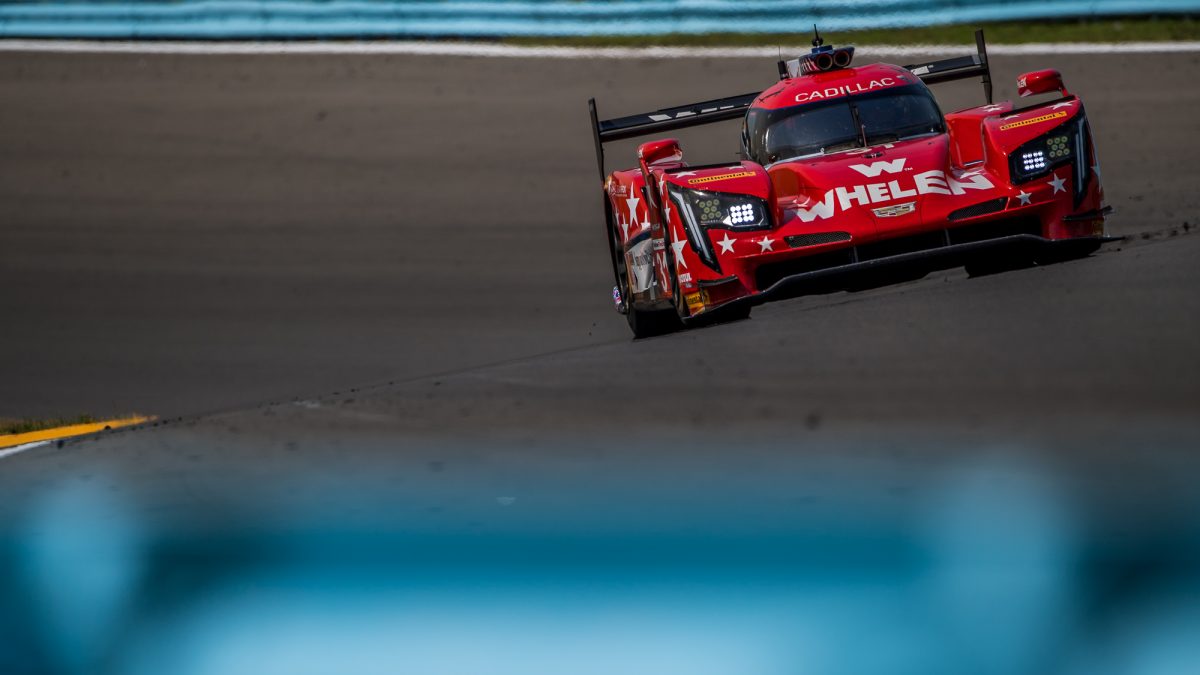 Oshawa, Ontario (5 July 2018)-  Making the quick turnaround from Watkins Glen International to Canadian Tire Motorsport Park (CTMP), the No. 31 Whelen Engineering Racing DPi-V.R will be back in IMSA WeatherTech SportsCar Championship competition this Sunday as the team heads north for round seven of the 2018 championship.

The CTMP event is one that has seen the Whelen entry thrive, having secured victory in both the 2016 and 2017 editions of the two hour, 40-minute sprint race (tape delayed broadcast FS1 4:00 PM ET).

For Whelen Engineering Racing drivers Eric Curran and Felipe Nasr, the race will see the duo look to follow up their run to seventh in Sunday’s Sahlen’s Six Hours of the Glen with another big result. The No. 31 Whelen Engineering squad is second in the IMSA Prototype class championship, just one point astray of the lead.

The team has adopted a vividly patriotic Stars and Stripes livery for the second leg of the two IMSA events that sandwich the 4th of July holiday.

The track, which has long been central to the Canadian road racing narrative, hosting Formula 1 in the 70’s and now staging a very popular NASCAR event as part of the 2018 schedule, is one that has seen a dramatic modernization through recent years under the guidance of new ownership.

That stewardship invested in the property to build several new buildings and improve the fan experience. But despite all the changes, one thing that has remained constant and that is the fast, flowing nature of the 2.3-mile circuit.

“Mosport (CTMP) is a great track to drive,” said defending race winner Curran of Canadian Tire Motorsport Park. “Our Whelen Cadillac was a great car there last year. We are much further down the road with learning the car now so hopefully, we can show up and be better and faster off the truck than last year. It’s a fun track and Felipe (Nasr) has never been there but has spent a lot of time preparing so he will be ready to pick up the track quickly. We will keep chugging along and hope we have the speed to be strong there. It’ll be fun and I hope we can match our result from last year!”

For Nasr, his visit to the Canadian circuit will be his first as he looks forward to getting his first taste of the No. 31 Whelen Engineering Racing DPi-V.R at the ten-turn track.

“I have been discovering a bunch of new tracks this year, so this weekend will add to that list,” said Nasr. “From what I have seen, it’s a very high speed layout as a fast flowing track which is very technical. The way you set up for the corners and the set up of the car is very technical. We are going to be working on the car to make sure we have the high speeds if we can. We have many more races to go this season, so we have to continue fighting for those points. We always expect to win but if we can’t do that then we will push for as many points as possible. This Action Express team is completely capable of producing good results!”

The CTMP race weekend opens with a pair of practice sessions on Friday, with the grid set to be determined in a 15-minute qualifying session (live streamed on IMSA.TV) on Saturday ahead of the 2:05 ET PM local race start on Sunday (tape delay broadcast on FS1 at 4:00 PM ET).