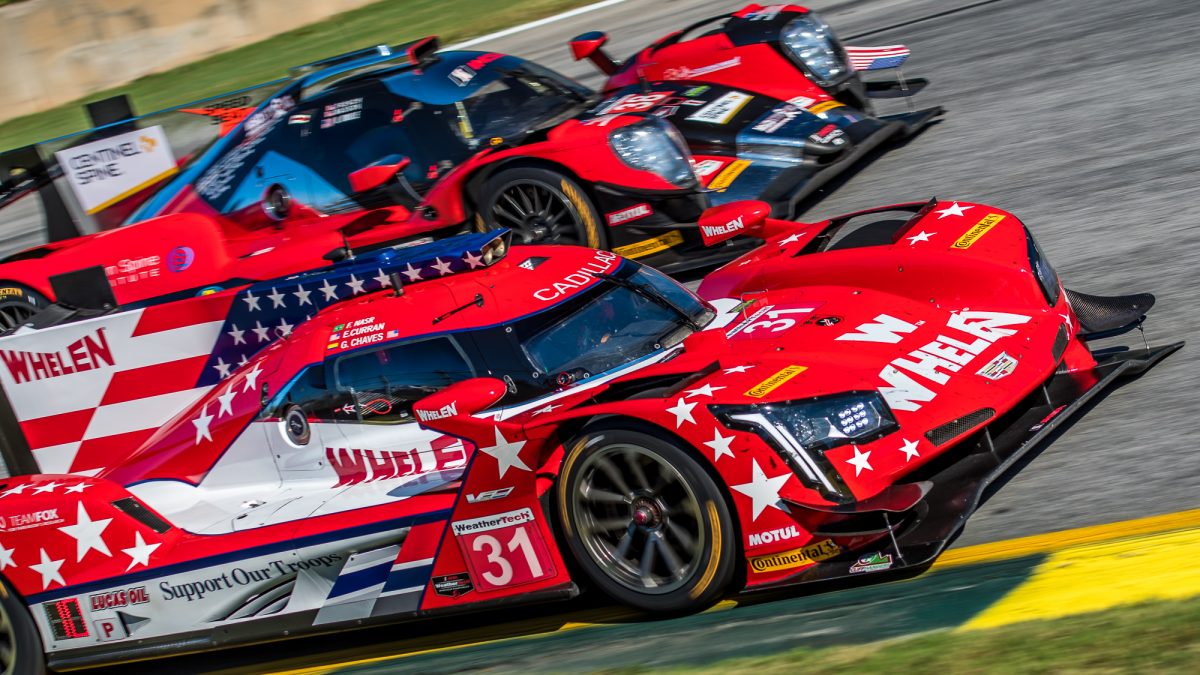 BRASELTON, Ga. (13 Oct. 2018) – With one title secured, Action Express Racing is focused on a second as the team has had a strong start to the opening half of Saturday’s Motul Petit Le Mans at Road Atlanta (live, FS2).

The No. 31 Whelen Engineering Cadillac DPi-V.R of Felipe Nasr, Eric Curran and Gabby Chavez was running fourth at entering the closing half of the 10-hour event, the final race of the 2018 IMSA WeatherTech SportsCar Championship. Filipe Albuquerque, Christian Fittipaldi and Tristan Vautier were running seventh in the No. 5 Mustang Sampling Cadillac DPi-V.R.

Curran and Nasr led 71 of the opening 181 circuits at the 2.54-mile circuit, collecting a five-point Patron Cup bonus for leading at the four-hour mark. The points gave the Whelen Engineering team an insurmountable lead in the Tequila Patron North American Endurance Cup – giving Action Express Racing its fifth consecutive title in the unique competition embracing the four endurance classics on the WeatherTech Championship schedule.

“It was great – Eric (Curran) got the car up front,” Nasr said. “We were already thinking about the four-hour mark, so they put me in a car a little earlier than planned. Again, Action Express made the call at the right time, and it put us in a much better position. The Whelen car is handing very good, and I was able to turn in very good, fast laps. We’re doing very good in the warm conditions, and we have a much better balance all around. We’re doing our thing, lap by lap, and it’s great to be first at the four-hour mark.”

“Overall, I had a real good run,” Curran said. “The Whelen Cadillac is running great today, and it’s fun when the car really works as great as it does today. It’s fast, it works, it’s predictable, and I think we have one of the fastest cars here on the longer runs. We seem to really have the speed when we get out there in clean air, but it’s a little tricky in traffic. Now, we’ve got one more championship to win. We have to stay out of trouble. It gets crazy out there, and it’s easy to get caught up in somebody else’s mistake.”

The Mustang Sampling Cadillac ran in podium contention for most of the opening three hours and 30 minutes. While running third, Albuquerque had an off-track excursion  in Turn 1. While he was able to keep the car under control and continued, the incident cost him track position that the team is working to make up.