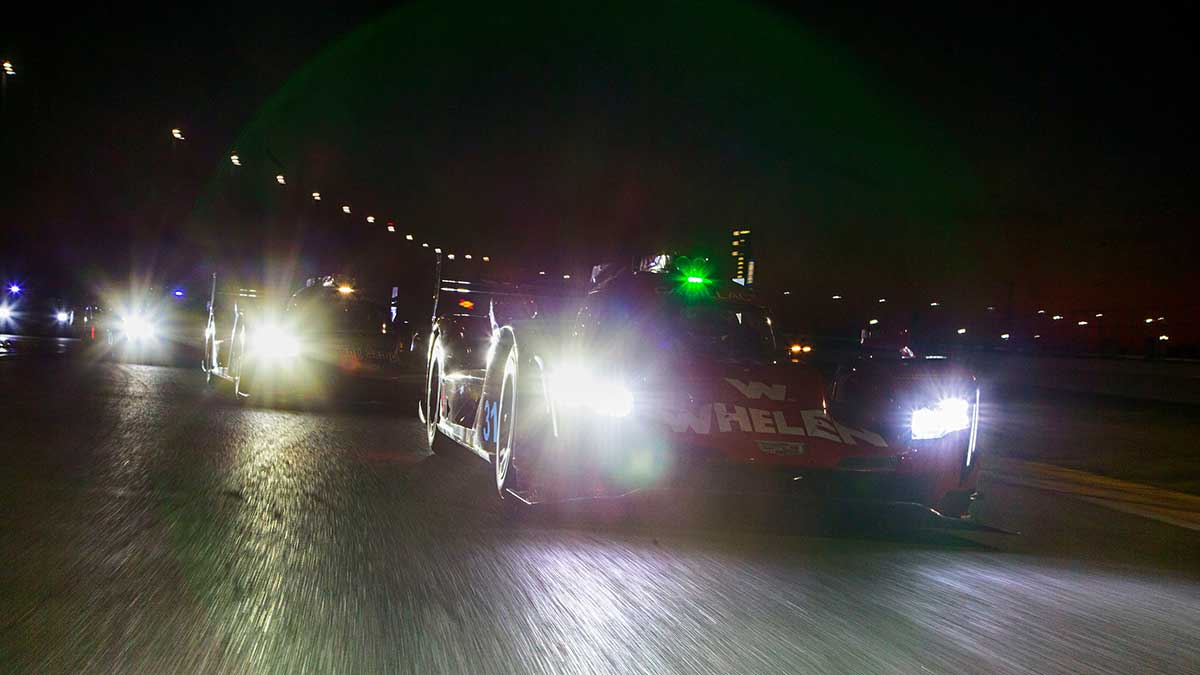 Hundreds of laps and atop qualifying charts to start 2018

The 2018 IMSA WeatherTech season marks the second season with the Cadillac DPi-V.R for the team. 2017 saw both team entries race to victory, while the Mustang Sampling Racing squad secured the Tequila Patron North American Cup for the fourth consecutive year.

The two machines combined for a class-high 437 laps during the three days of running, providing a lot of data for the team engineers to review to prepare for the 24 hour race in two weeks time.

The event also featured a first-ever qualifying session during the Roar event. Filipe Nasr posted the fast time of the weekend in the No. 31 Whelen Engineering Cadillac DPi-V.R in the 15-minute qualifying session with a run of 1:35.806-seconds to earn the team the first choice of pit and garage locations for the Rolex 24 At Daytona.

“I wanted to be back here in IMSA and finally I am here. “The team is really focused on the race. We all feel very confident in the car. Today in the qualifying session, we gave everything we had and finished first. The cars at the front are very close in time. I am pretty happy with the way the Cadillac is performing. When I ran here in 2012 it was one of the best experiences of my career. The IMSA championship is growing. There is such a strong field here, it is great for a racing driver to be competing at Daytona. I got a third place here, and now I want to go for the win.”

The No. 5 Mustang Sampling Cadillac DPi-V.R entry, which scored the Rolex 24 pole in 2017, set the third fastest time of the session as the team effort produced impressive results.

“It was fantastic,” Albuquerque said. “I just missed the peak of the Continental tire. We get the first pits with our two cars, so let’s see how it goes with the race. All of the drivers put in a lot of laps and we will go into the 24-hour race with a lot of confidence in our Mustang Sampling Cadillac.”

The Mustang Sampling and Whelen Engineering Racing campaigns will return to Daytona International Speedway for the Rolex 24 At Daytona on January 27-28.