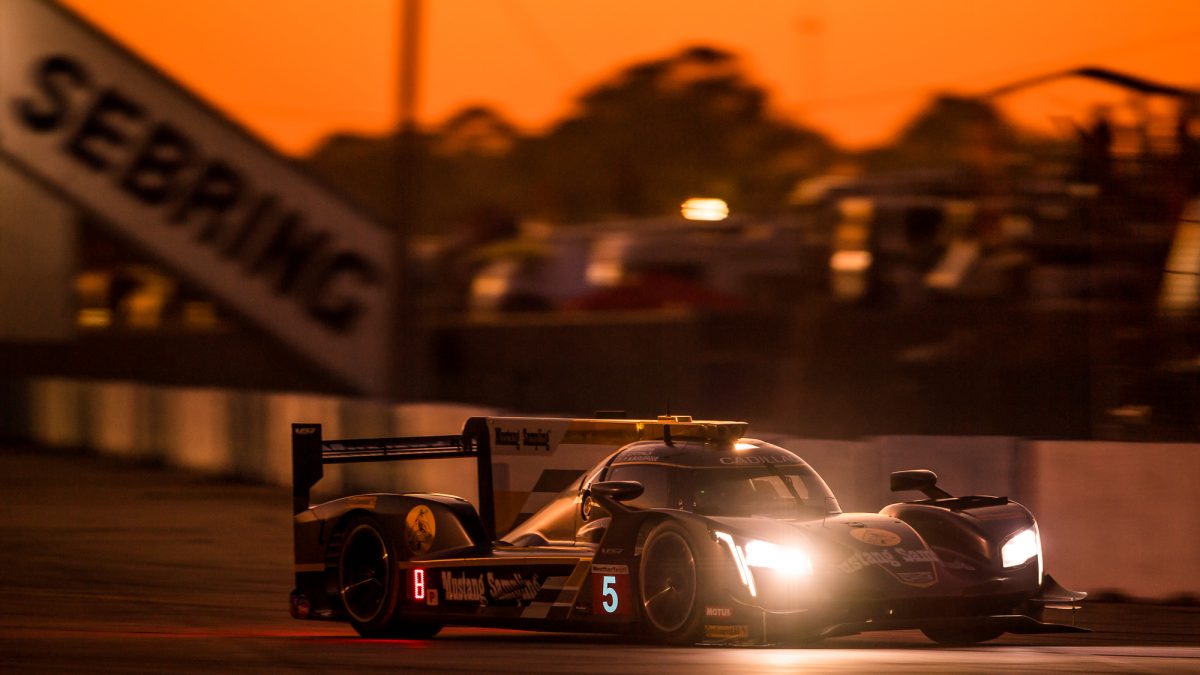 Two-time IMSA WeatherTech champion Joao Barbosa was originally slated to share the driving duties in the Mustang Sampling Racing entry in pursuit of another Road Atlanta victory, but will instead be an interested spectator on site. Barbosa suffered a rib injury in the start line incident at WeatherTech Raceway Laguna Seca, and has been advised by several doctors to not participate in the race as his best course of healing.

“I’m sad that I have  to miss this race,” said Barbosa. “This has been a tough year for me after a great start with our wins at Daytona and Long Beach. In my career, I never had to miss any races during a season, and this year I’m missing three because of injuries.  But I think the team can do well this weekend with the Mustang Sampling car—no matter what we’ve raced, this track has always suited our team so there is a lot of confidence for the weekend. Tristian (Vautier) will be a great fit with the experience that he already has in the Cadillac Prototype.”

Vautier, who claimed the TOTAL pole position at Sebring earlier this year on board the No. 90 Cadillac Prototype, is looking to hold up his end of the bargain as he steps into the Mustang Sampling Racing entry.

“I feel badly for Joao, so this is a tough circumstance to be having this opportunity and I hope he recovers as quickly as possible,” said Vautier, who competed in the 2017 Road Atlanta race in GTD class competition. “I am grateful to Troy (Flis, Spirit of Daytona Racing team owner) for letting me do this, and also to the Mustang Sampling team for trusting me for this role because it is a big responsibility with the Endurance Cup still to fight for. Hopefully the experience I have in the Cadillac Prototype will help us get the result that we are looking for.”

The No.5 Mustang Sampling Racing entry comes into the IMSA season finale sixth in the standings in the battle for the WeatherTech Championship title after the team was taken out in the most recent event at WeatherTech Raceway Laguna Seca. The No. 5 Mustang Sampling Cadillac DPi-V.R was hit from behind before crossing the start/finish line as the field took the green flag.

The team immediately moved its focus to make any repairs necessary to get the car back on track during the race, but a quick survey from the well-prepared squad made clear that the damage was too significant to do so.

IMSA officials determined that since the No. 5 car didn’t quite make it to the start/finish line under its own power, while the green flag was waving, it was not able to collect a single point for the race outing. This ruling took the 5 car from 2nd in points at the time to 6th.

“The crash in Laguna was very frustrating because there was nothing João could do,” Albuquerque said. “It was a domino effect created when the pole car did not accelerate normally. As each driver on the inside row behind him began to accelerate, then had to hit their brakes, a gentleman driver hit us from behind. It changes my approach completely heading to Petit Le Mans. Now I will not think about the championship because there is nothing to fight for. I will just go full attack mode to win the race. Second place is not an option.”

Albuquerque was leading last year’s Petit Le Mans when he received a controversial late-race penalty for potential contact that resulted in a fifth-place finish.

“Last year it was a crazy race,” Albuquerque recalled. “The end result was disappointing after the penalty,  but we were close to the win and we had a great pace. So this year I really want to secure the win. For me, Petit Le Mans is one of those races that I have on my bucket list to win. I consider it a very prestigious event and we are totally motivated to win it.”

Barbosa and Fittipaldi scored the Prototype class victory at Petit Le Mans in 2015, en route to claiming their second-consecutive IMSA title. The three drivers opened 2018 with a triumph in the Rolex 24 At Daytona, with Albuquerque and Barbosa also winning at Long Beach in April.

Having moved into a driving schedule that focused on the endurance events in 2018, Fittipaldi was ready to step up when Barbosa was forced to sit out two events midway through the season following a bicycling accident.  The recent test at Road Atlanta saw Fittipaldi logging lots of laps as he looks to fight for the Tequila Patron North American Endurance Cup (TPNAEC) in the Mustang Sampling entry.

“I’ve been at all of the races and have been in all of the debriefs so I know where we are with the car and everything,” said Fittipaldi, who will target a fourth career overall Rolex 24 At Daytona victory in 2019. “But getting a lot of laps in the test—there is no replacing that and it was really productive for me. With us missing out on points at Laguna Seca, it really changed how we were thinking about Road Atlanta.”

With points awarded at the four- and eight-hour marks in addition to the finish of the 10-hour classic, the team hopes to capitalize at each segment in order to give the Mustang Sampling team its fifth consecutive TPNAEC title.

“We want to get the endurance title, there is no question about that,” offers Fittipaldi. “We are not in the ideal position for it, but with three rounds of points on the table, it could still go our way. You don’t know how the race will play out so you have to be smart about when you go picking your fights and we’ll be just fighting to be up front as much as possible.”

Albuquerque and Fittipaldi have scored 25 points in the unique competition that also embraces the Rolex 24 At Daytona, Mobil 1 Twelve Hours of Sebring and Sahlen’s Six Hours of The Glen. They enter the finale second in the standings, trailing by six points.