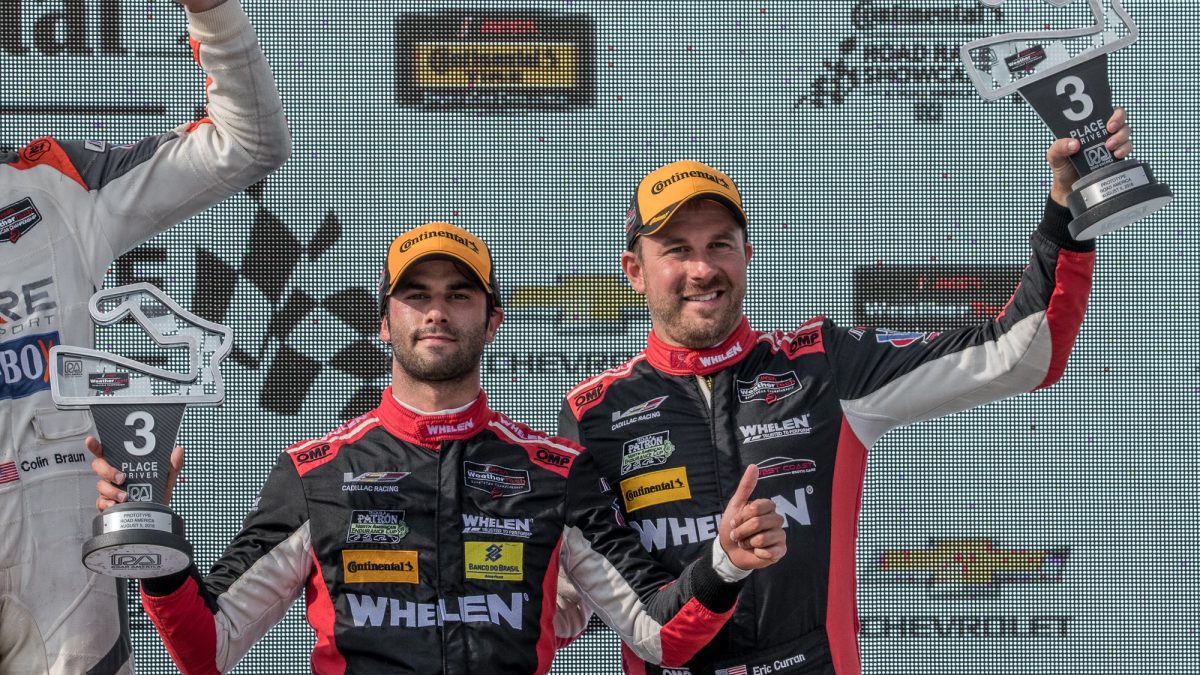 The result is the second consecutive podium finish for the duo after scoring third at Canadian Tire Motorsport Park in July as the first-year pairing grew their advantage in the IMSA WeatherTech SportsCar Championship with two rounds of racing remaining in the season. 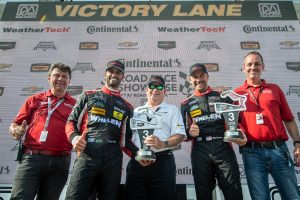 Curran started the race from seventh on the grid and moved up to run in sixth by the fourth lap, although he suffered damage to the Cadillac Prototype in the early laps with the typical hard fought racing that IMSA WeatherTech fans have come to expect.  Despite the damage, Curran held the position until a quick call from Whelen Engineering Racing performance engineer Tim Keene saw Curran take to the pits on lap 15.

A fast stop for fuel, tires, and a driver change to Nasr came at an ideal time as the field was slowed for a full course caution.  The exchange saw the Whelen Engineering Cadillac up front for the Lap 19 restart, with Nasr holding the point for 37 of the next 39 laps.

A lap 58 final stop for fuel saw Nasr return to the fray fifth in the order. Fully fueled, Nasr made a hard charge to the finish, clicking off fast laps as he looked to retake the lead. That charge back to the lead was only halted when the two leading Prototype machines were able to go all the way to the finish before both ran out of fuel on the cool-down lap.

While the strong run up front had promised another possible victory for Nasr and Curran, the podium result generated a welcome collection of points to go with the new trophies for the team. 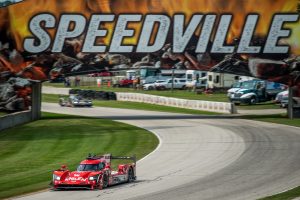 “It was a lot of hard work done by all of the Action Express boys,” said Nasr. “Eric (Curran) had a fantastic start and made up positions quickly. Unfortunately, he got hit in the back which caused us to lose a piece of the car. The damage was pretty big so we lost the rear tires very quickly and it was all about changing the driving style, and it worked! We knew the problem and had to face it so we could make the best out of it. At some point we were looking good to win the race, but it was a good points day and another podium which makes two in a row. I am super proud of all my Whelen guys and Eric. It was a good day!”

“We will take it,” said Curran. “It looked like there could be a victory there today, but we will take a third place finish in the Whelen Cadillac. It was a crazy race with a crazy start. We got tangled up and lost a part of the rear wing which caused us to lose downforce in the back which we fought all race long. My teammate (Felipe Nasr) did a killer job again today and ended up third. It was great points day and this Whelen Cadillac keeps winning podiums. The Action Express guys also nailed the pit stops so it was good team work all day. It would have been nice to win but we will take third.”

The next race for the Action Express Racing squad will be the Continental Tire Monterey Grand Prix featuring America’s Tire 250 on September 7th – 9th.