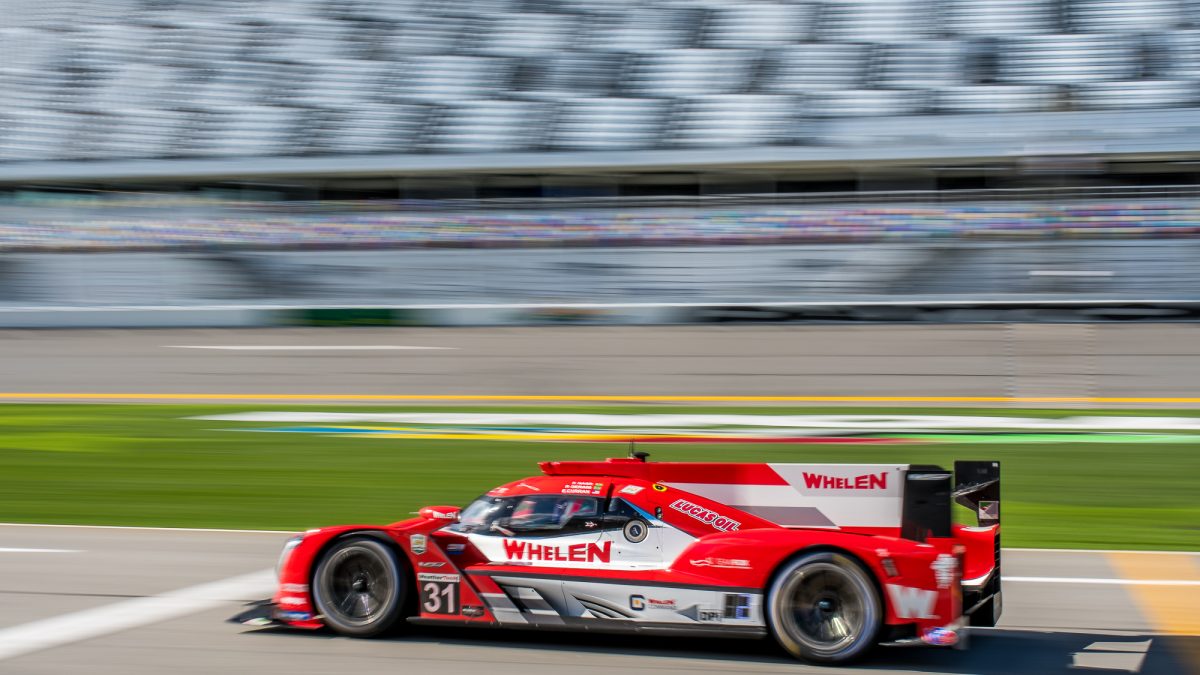 With qualifying now in the books, Nasr and the Whelen Engineering team will move the focus to improving on last year’s second-place finish in Saturday’s 57th running of the endurance classic. He will be joined by fellow defending IMSA DPi champion Eric Curran and 2016 Daytona winner Pipo Derani in the red-and-white Whelen machine.

“I felt like we had a decent run while getting the best of the tires when it was needed,” Nasr said of the qualifying run. “The car was good and makes me feel confident going into the race in the position we are.  Daytona is a long race with qualifying only being a small piece; I am sure we can make some ground and fight for victory.”

Nasr was fastest in Thursday morning’s opening WeatherTech Championship practice. Starting out on rain tires as the track was still damp from an early morning deluge, Nasr gradually improved to a lap of 1:36.108-seconds.

“The track was wet in the beginning, so it was a chance for us to get a read on the car,” said Nasr, who was at the wheel for the entire 45-minute session. “It was good for me, because I have never driven Daytona in the rain, so we got a good feel for the car. Just like in the race, we then made the transition to slicks. It was a good overall session to understand the car and the tires – just in case we have the same in the race, we are ready to react to that. So it was a productive session.”

The team has a final opportunity to fine-tune the Whelen Cadillac in Friday morning’s final practice, set for 10-11 a.m. ET.