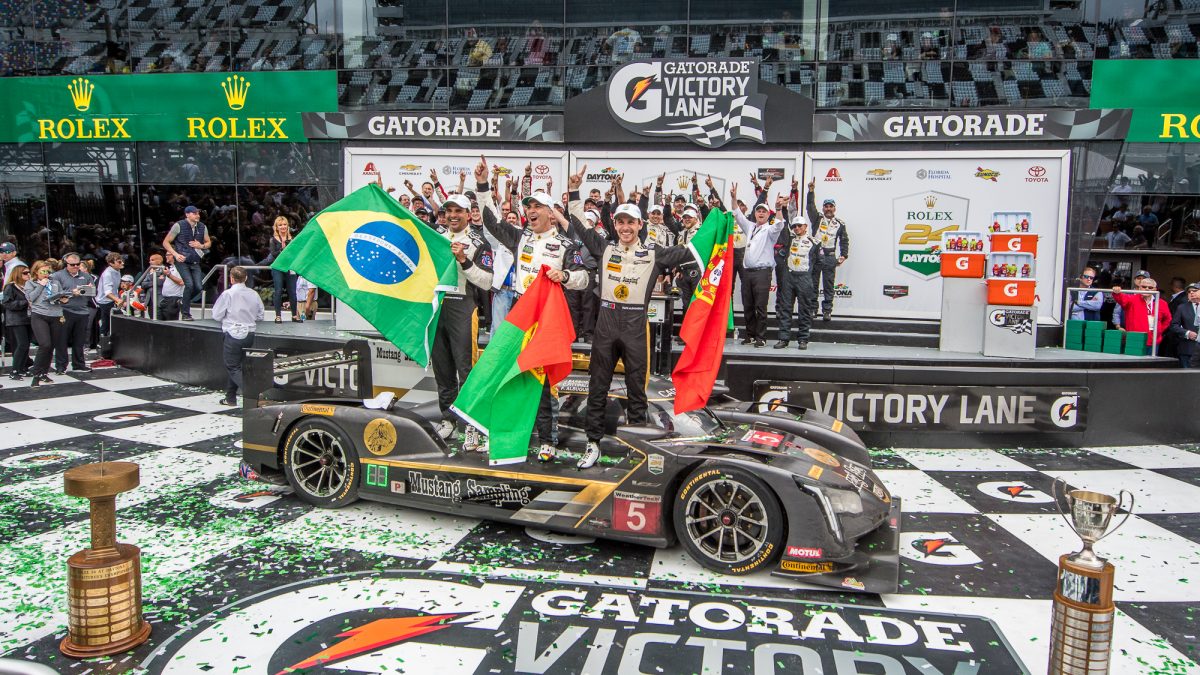 DAYTONA BEACH, FL (16-January 2019) – After coming just inches away from an overall Rolex 24 At Daytona win in a 2017 heartbreaker, Mustang Sampling Racing’s Fillipe Albuquerque came storming back in 2018 and didn’t let anything get in his way to victory lane at Daytona International Speedway. 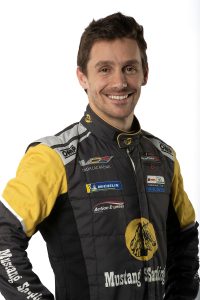 As he eyes up another run for victory in the IMSA WeatherTech SportsCar Championship season-opener next weekend, the affable Portuguese racer is eager to get to work and defend his title in the No. 5 Mustang Sampling Cadillac DPi-V.R that he will co-drive with Joao Barbosa, Christian Fittipaldi and Mike Conway.

The foursome had a productive weekend of testing at the traditional “Roar Before the 24” as the team got some first-hand experience with the 2019 package, which now features Michelin tires.

“I never get tired of coming back to Daytona!” said Albuquerque. “It’s such an exciting moment, to get to the Roar and drive the car for the first time at the beginning of the season. Everything is brand new, everyone is optimistic, it’s a new beginning every year – even if we know the car and everyone on the team. It’s great to be back.”

Having earned that breakthrough win in 2018 Albuquerque figures that will only play to his team’s advantage this year.

“I’m glad to be back as the defending winner of the Rolex 24 At Daytona,” said Albuquerque. “I think it takes a little bit of the pressure off winning it, and that’s a good feeling because things come better when you’re more relaxed.  That’s why they say the hardest one to win is the first one! We know what to do, we know how to win. The competition is very close; every lineup in the paddock got stronger.”

Albuquerque, who with co-driver Barbosa claimed victories at both the longest race of the 2018 IMSA season (Rolex 24) as well as one of the shortest (Long Beach-100 minutes), has been kept busy at home with two young children including a newborn.

“It’s hard, when the kids are small,” said Albuquerque. “My heart is full of love when I’m home and when I see the pictures, and it keeps me relaxed and calmed down. Carolina (daughter) has a sister now and she’s so caring of the baby, it’s an amazing time.”

But he’s turned that juggling into a kind of training for what he’ll be expected to do at the Rolex 24.

“So now, I’m used to sleeping three or four hours at night and getting right up to do the job!” laughed Albuquerque. “It’s diapers and such at home, but I hope that helps to train me. It’s hard to train yourself to wake up in the middle of the night to do something but having a baby is exactly that. You have to be flat out at 300 kph and do the job, otherwise you’re in the wall, so I’ll be well prepared!”

The 2019 Rolex 24 At Daytona will open with practice on Thursday, January 24, with the event taking the green flag at 2:35 PM on January 26. Fans will enjoy live race coverage on NBC Sports, with IMSA Radio also carrying every on-track session through the huge event weekend. 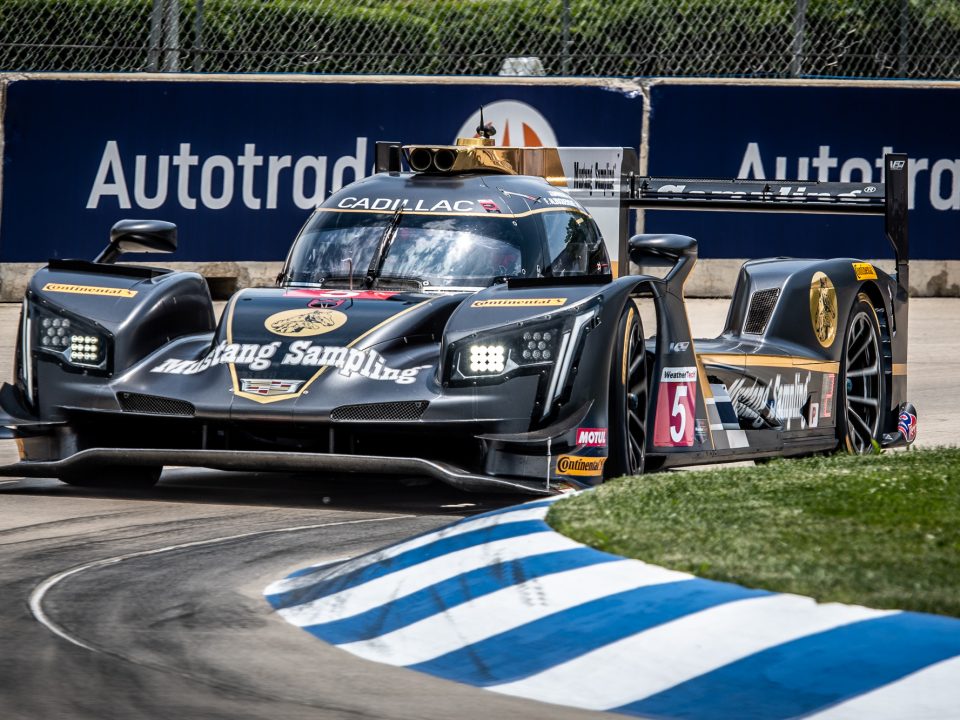 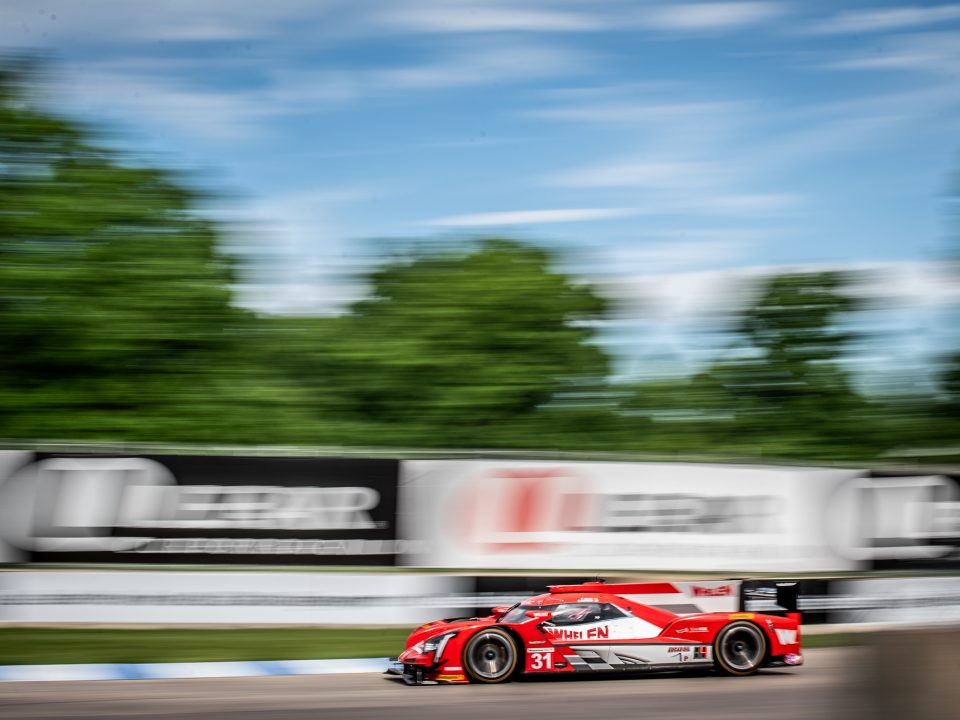 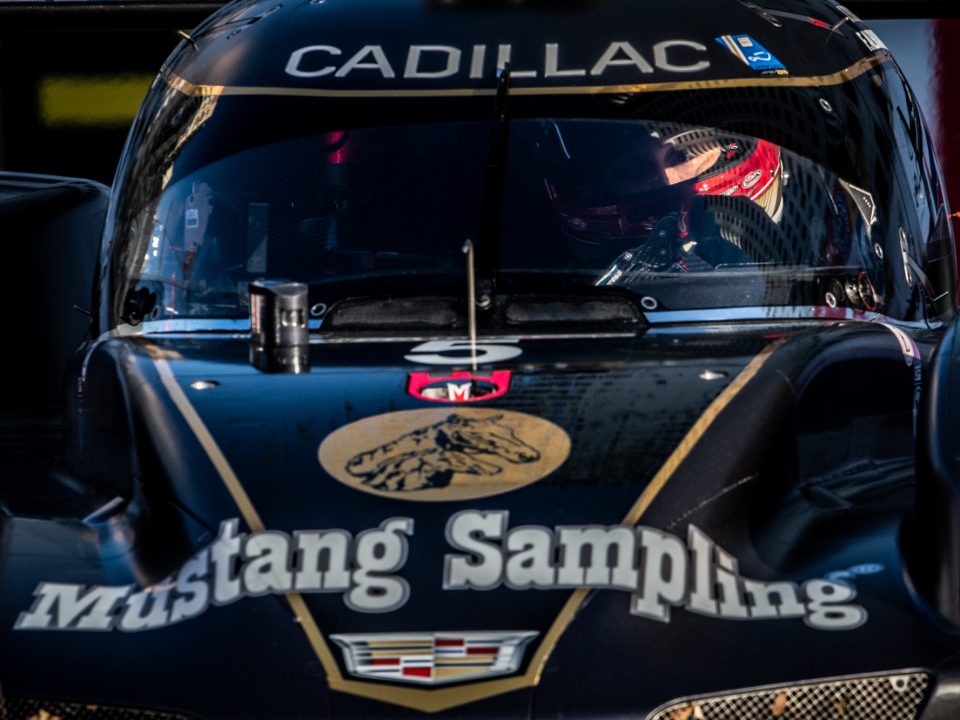