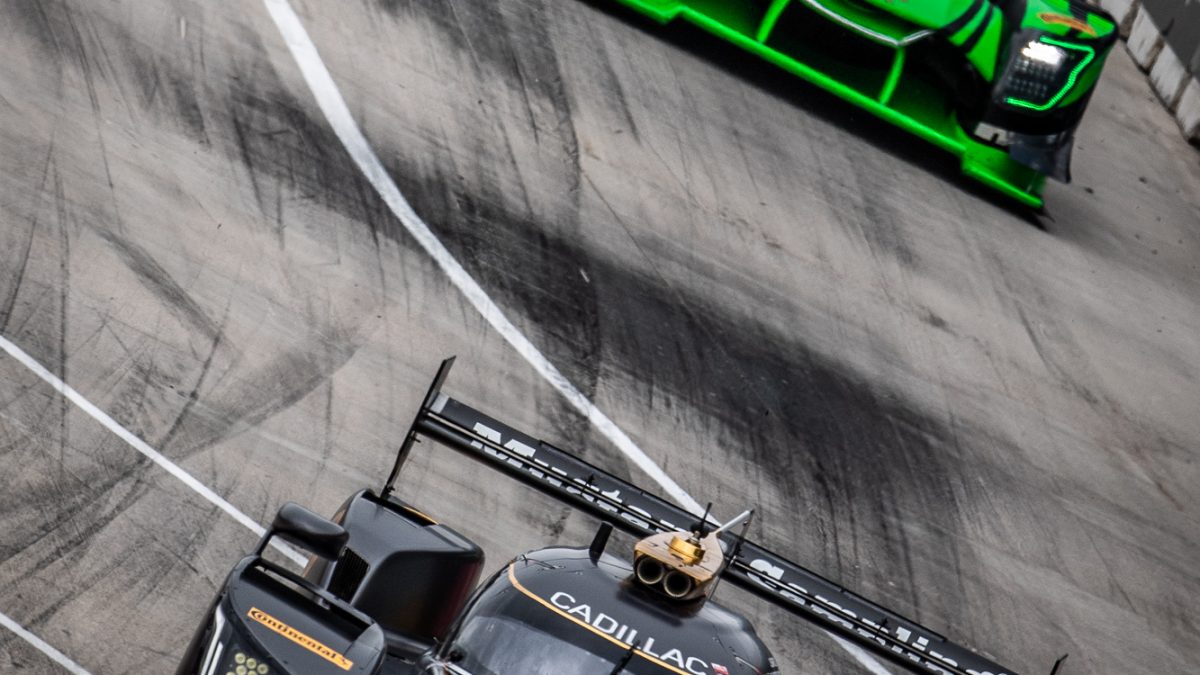 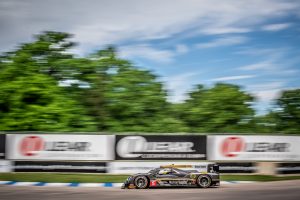 It was a competitive outing for the Rolex 24 at Daytona-winning squad, with Barbosa leading 20 laps of the 100-minute event before taking to the pit lane for a lap 33 stop for fuel and a driver change to Albuquerque. Making his Detroit debut, Albuquerque returned to the fray in 12th but moved ahead to race in the top five for more than 20 laps.

But with a full green flag run to the finish, the Portuguese pilot had to keep an equal eye on his lap times as well as the fuel gauge as he managed to come home sixth at the checkered flag.

“It was disappointing to finish where we did today,” Barbosa said. “I was able to lead a large part of my stint, but the way the race played out,  the strategy just didn’t work for us today. It is too bad. We had a really good Cadillac, we were right up there. We had good pace, but we could not get the finish we wanted.  Congratulations to the Whelen guys on the win today. We will come back even stronger at Watkins Glen at the end of the month.”

“It was very frustrating today,” Albuquerque said. “We committed to a different strategy. I would have been ok with a P4, but we lost two places as I was running out of fuel at the end. I could have maybe saved more, but I think we may have had a fuel pick-up issue. I was frustrated to lose two positions in a matter of 300 meters. It is tough to lose some points like that but we will come back to Watkins Glen and fight even harder. It is a track that I already know, so I’m really looking forward to it!”

The next race on the IMSA WeatherTech SportsCar Championship will be the Sahlen’s Six Hour at Watkins Glen International on July 1. The team will look to score a third consecutive victory at the Upstate New York track.