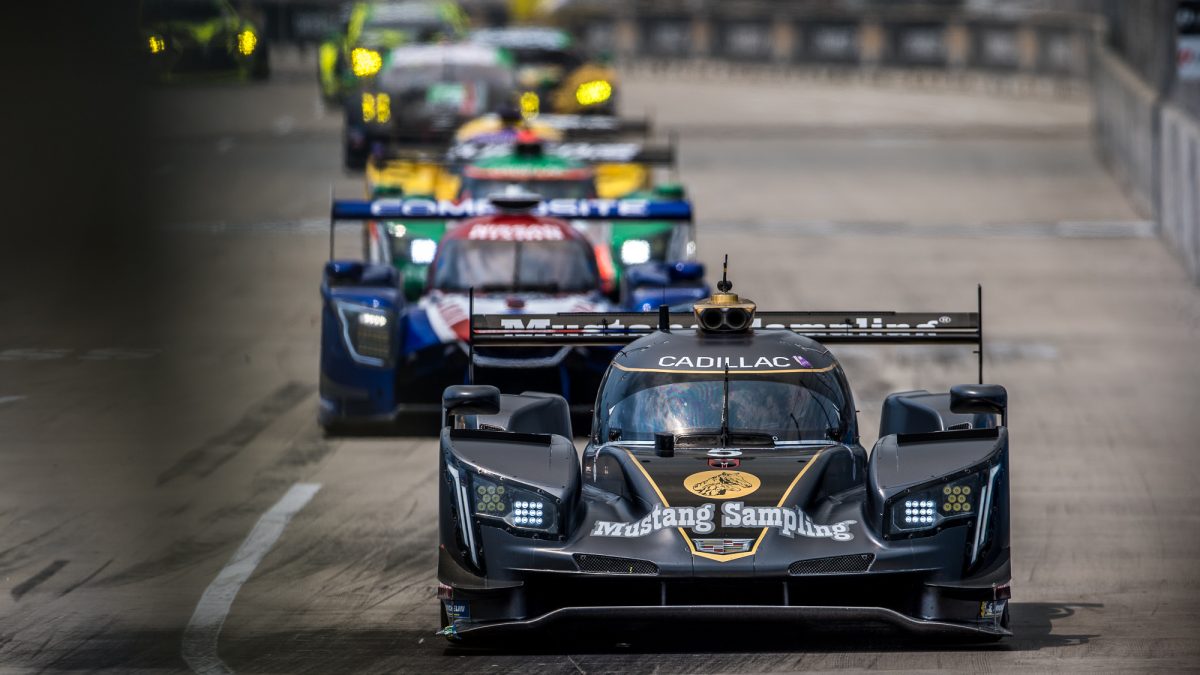 DETROIT (1 June 2019) – The tight turns of the Belle Isle Circuit set the stage for a street fight for Mustang Sampling Racing in Saturday’s Chevrolet Sports Car Classic. Battling all the way, Joao Barbosa and Filipe Albuquerque came home with a sixth-place finish in the No. 5 Mustang Sampling Cadillac DPi-V.R.

“Our opening stint was decent,” said Barbosa, who started the race. “We didn’t have all the grip we needed initially, but it started to improve as the race went on. I tried to make something happen by passing some people to make up some ground on track. But the first yellow equalized us all, and took away that progress I was making.”

Albuquerque was credited with leading the 34th lap as all 10 DPi contenders made green-flag stops. However, his charge to the pits led to a miscue.

“It was definitely not my day,” said Albuquerque.” On the second pit stop, I tried too hard to overtake the others guys into the pits, resulting in stalling the engine. It was my fault – I just wanted to gain those positions. We were able to make a little recovery.”

Returning to the race in ninth, Albuquerque worked his way back to secure sixth before the laps ran out on the sprint event to make any additional forward progress.

“I am sorry for all of the Mustang Sampling guys who worked so hard this weekend,” Albuquerque said. “In the end, it’s on to the next race.”