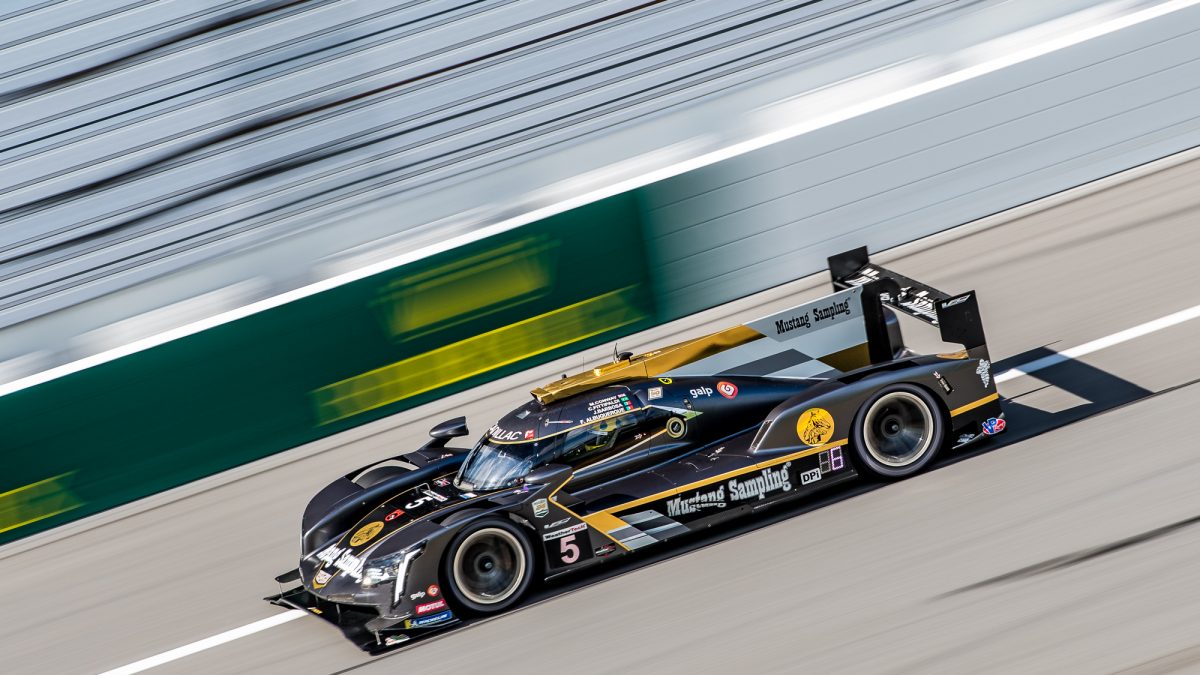 Mustang Sampling Racing drivers Joao Barbosa and Christian Fittipaldi are going for their fourth career victory in the race, with fellow 2018 winner Filipe Albuquerque targeting a second consecutive win in the No. 5 Mustang Sampling Cadillac DPi-V.R.  The race marks the final start for Fittipaldi, who will look to cap his impressive career with another victory at Daytona. The team had been planning to have Mike Conway as part of the lineup, but instead will utilize the same winning line up of drivers from 2018 again in 2019.

“We just got off the phone with Mike (Conway), he has been delayed and is still in England,” said team manager Gary Nelson. “We are very disappointed that we won’t be able to have Mike in our car for the race. With the delay, it became obvious that he could not make the trip to Daytona in time for the final practice session tomorrow. We all decided that it may be best for the 5 car to race the Rolex with Christian, Joao and Fillipe. We will continue to work with Mike in other events in the 2019 endurance championship.”

Thursday’s 15-minute qualifying session didn’t provide the hoped for results as the 2017 pole-winning team suffered an issue during the brief session that kept them from setting a time. The team, which has three victories in the 24 hour event, will start the race from the back of the DPi field and will look to return to Victory Lane on Sunday.

“The Cadillac was feeling nice but just when I was getting ready for my first flying lap and getting into sixth gear something didn’t feel right,” reported Albuquerque. “So I brought the car to the pits as I knew we had a problem. There was really nothing we could do. It is disappointing, but we’ve got a lot of racing before Sunday afternoon and there is an awesome team behind us.”