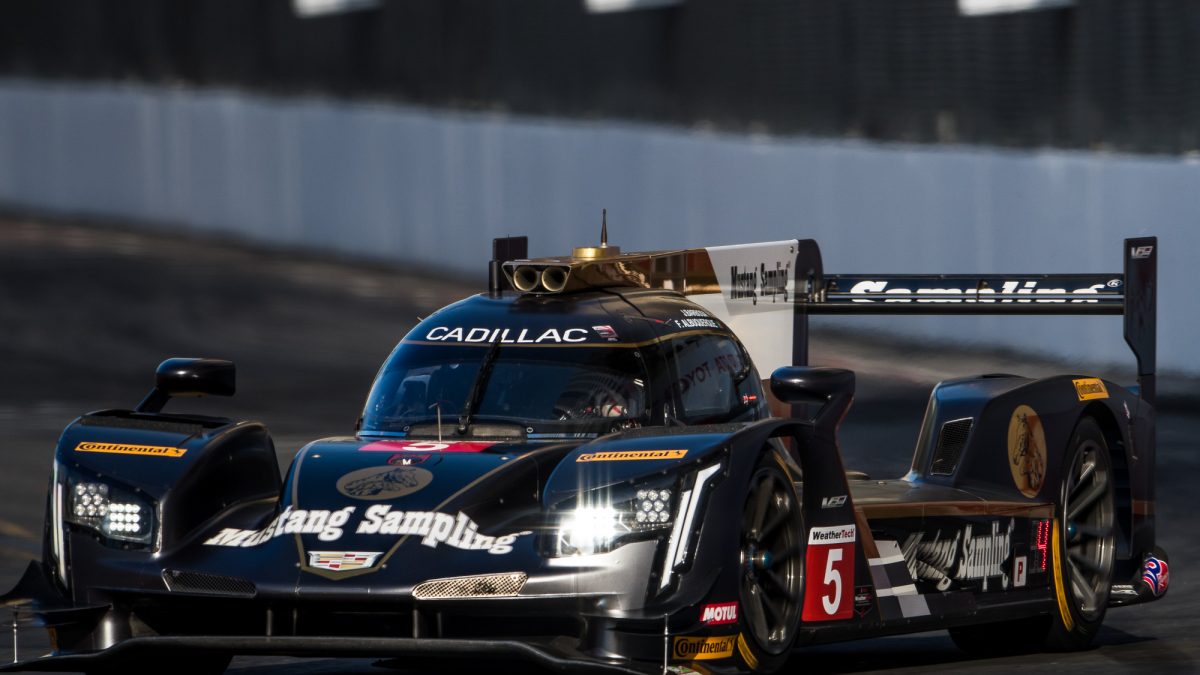 Detroit, Mich. (30 May  2018)  Mustang Sampling Racing will look to emerge out front on Saturday afternoon as the team roars back into IMSA WeatherTech SportsCar Championship action this weekend in the Chevrolet Detroit Grand Prix presented by Lear.

Mustang Sampling Racing drivers Joao Barbosa (PRT) and Filipe Albuquerque (PRT) arrive at the 2.3-mile circuit set on Belle Isle with the IMSA championship lead following a hard-fought run to fourth place in the most recent race at the Mid-Ohio Sports Car Course.

The team has a strong history at the Belle Isle track, including a dramatic 1-2 team finish in the inaugural IMSA running of the event in 2012. Mustang Sampling Racing led another team 1-2 result in the Rolex 24 At Daytona to open the 2018 IMSA season and is now focused on continuing that kind of team performance once again this weekend as the series returns to Detroit to kick off the summer season of racing.

“Detroit is a fun place to race,” said Barbosa. “The Mustang Sampling Cadillac group has done a tremendous job so far. We had a great car and great result in Long Beach which is very similar to this track so we are looking forward to racing in Detroit. Street courses are always really demanding. The best way to protect our lead in the championship is to come here and win the race. With all the support of Cadillac and Mustang Sampling, that’s what we are going to try and do.”

While Barbosa has the experience of racing his way to winner circle at the track, it will be the first ever visit to the event for Albuquerque. The 2018 season marks the first full-season IMSA campaign for the talented Portuguese driver, who has adapted rapidly to each new track on the schedule.

“I have some experience in street circuits and I really enjoy them,” said Albuquerque. “I like the feeling that you can’t ever relax. A small mistake can end your race. Nowadays the tracks are more safe, but are taking away the cost of a driver mistake. In the streets circuit that doesn’t happen. So it is a new challenge with a new track but I’m eager to get there and get going.”

The April visit to Long Beach for the Bubba Burger Grand Prix was the first visit to the track for Albuquerque, who relished his run to victory.

“Definitely, our Long Beach win gives us optimism for Detroit,” said Albuquerque. “I raced in Monaco several years ago and I really enjoyed Long Beach. I know I have a good teammate, a good team and a car to win. The competition is hard, but if everything goes according to our plan we know we can be competitive.”

With the home of General Motors just across the river from the track, the pressure to perform is that much higher for the proud Cadillac squad. The event has grown each year and with impressive facilities, strong management, and continued growth has reflected the remarkable turnaround that the overall Detroit area has gone through.

“Belle Isle is just a great event to come to,” said Barbosa. “Both of our cars are very committed and the team is working hard to use as many tools as we can.  It’s just a great place to be and share the paddock with IndyCar which allows us to catch up with the guys we don’t usually see during the year.”