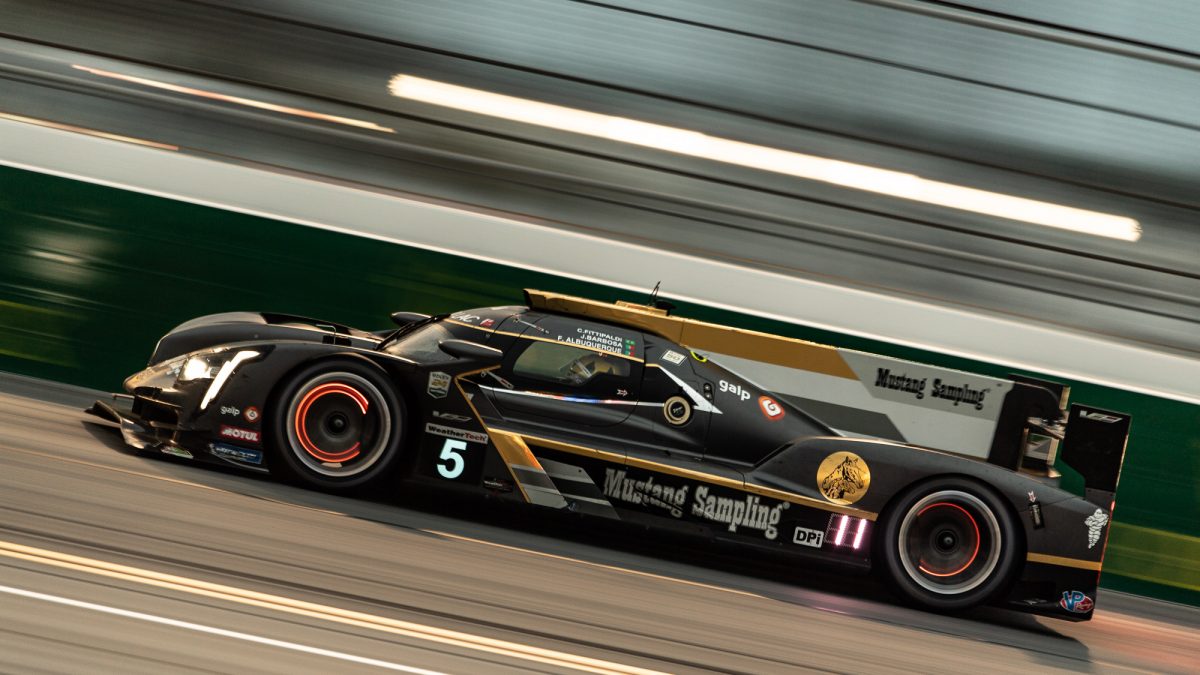 SEBRING, FL (11 March 2019) – Mustang Sampling Racing will look to build on its impressive resume at Sebring International Raceway when it returns to the historic circuit for the 67th annual Mobil 1 Twelve Hours of Sebring on Saturday, March 16.Joao Barbosa, Filipe Albuquerque and team newcomer Brendon Hartley will co-drive the No. 5 Mustang Sampling Cadillac DPi-V.R as the trio looks to give the team its fifth podium finish in six years on the bumpy and challenging Florida circuit.

After finishing third with the Chevrolet Corvette Daytona Prototype in 2014, Mustang Sampling Racing won the race in 2015 with Barbosa co-driving with Christian Fittipaldi and pole winner Sebastien Bourdais. The team finished third in 2016 and second in 2017.

A year ago, the team was in solid contention past the midway point at Sebring when a Prototype abruptly slowed directly in front of Barbosa, causing a collision that forced a trip behind the wall for repairs. The team battled back to place 10th in class.

Heading to Sebring, Mustang Sampling Racing is looking to rebound from a setback in the 2019 season-opening Rolex 24 At Daytona.  Looking to defend its 2018 win with another run to the Daytona podium,  a faulty taillight early in the race sent the team to the garage for 20 minutes for repairs. They fought back tooth and nail for the remainder of the race, working from 45th overall to finish seventh in the Prototype class.

“The cards didn’t fall our way at Daytona,” said team manager Gary Nelson. “It seemed we were getting thrown curve balls every time we turned around. The drivers and crew did an amazing job, but unfortunately, once we got behind there wasn’t an opportunity to make it up.”

“Last year, we had a good run at Daytona with the Rolex 24 win, and then a tough Sebring,” said Barbosa. “So hopefully we can swap those this year!”

Prior to joining Mustang Sampling Racing, Barbosa had already raced at Sebring six times, with a P2 class win in 2012 as he looks forward to a return to the central Florida circuit.

“Sebring is a very demanding track and it is the kind of race that you never know what it will throw at you,” said Barbosa. “For drivers, and also for the cars, it is a very unforgiving place. The Cadillac is good on the bumps there, but it is a tough one for the drivers. The track is constantly changing, and there are times where you are looking right into the sun going into the last corner, so it is tricky.”

The season opener was the final race in the illustrious career of Christian Fittipaldi, who is now concentrating on his role as Sporting Director for the team as the No. 5 entry looks to grow its legacy of success in 2019.

“I like the whole race and the atmosphere around the 12 hour,” said Barbosa. “The fans are unbelievably good and crazy and that makes it pretty special. You are driving at 100% there all the time, and that is an awesome challenge for the drivers.  We are racing without Christian (Fittipaldi) in the car for the first time, but the goal is exactly the same-to win.”

Hartley, a 29-year-old veteran of Formula One and overall winner at Le Mans in 2018, will join Mustang Sampling Racing for Sebring as he makes his second Sebring 12 Hour outing.

While he will be meeting a lot of new faces in his first appearance as a Mustang Sampling Racing driver, one of them will be very familiar as his racing history with Albuquerque goes back a decade.

“I’m happy to be racing with Brendon again-we’ve had similar careers and have raced against each other a lot and we’ve also been teammates before,” said Albuquerque. “He is very quick in the car, but is also very chill so I think he is a great new teammate for us at Sebring. Sebring is a challenging track, and being consistent is so important but it can be hard to do!”