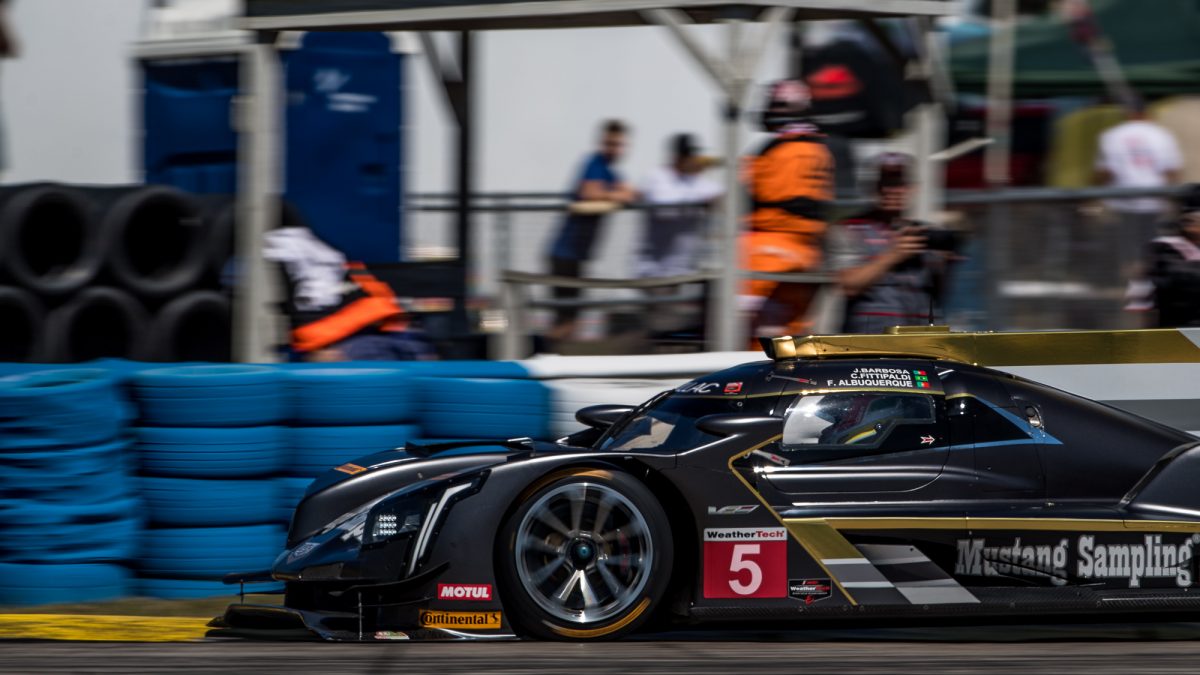 Long Beach, Calif. (10 April 2018)  Mustang Sampling Racing will return to race action this weekend as the IMSA WeatherTech SportsCar Championship stages round three of the 2018 season with a visit to California for the BUBBA burger Grand Prix of Long Beach (LIVE on FOX-Saturday, 4PM ET).

The 100 minute race will not only mark the first sprint race of the IMSA season following the Rolex 24 At Daytona and 12 Hours of Sebring, but it will also be the first race to feature the full-season Mustang Sampling Racing pairing of Joao Barbosa (PRT) and Filipe Albuquerque (PRT).

Long-time Mustang Sampling pilot Christian Fittipaldi, who was a key component to the team’s run to victory in the 2018 Rolex 24 At Daytona, is transitioning to his role as the team’s Sporting Director.

His new role will see him continue to be on hand for the IMSA sprint events to contribute to the performance side of the program while also serving as an ambassador for the team with sponsors and corporate guests.  Fittipaldi, who has campaigned the No. 5 Mustang Sampling entry since 2013, will return to the cockpit of the Cadillac Prototype in June as he looks to defend his Sahlen’s Six Hour title as part of his Tequila Patron North American Endurance Cup racing program.

The new team approach will see Albuquerque check off a few ‘firsts’ as he makes his Long Beach debut. The talented Portuguese racer is eager to experience the track first hand and has been using his simulator at home to prepare for his first outing on the quick 2-mile circuit.

A highly sought-after racer, Albuquerque maintains an active schedule of race events in Europe, all of which utilize the endurance format. So the 100-minute race will be another adjustment for the former open-wheel racer.

“This is my first time racing a sprint event like this since I think DTM in 2014, so I’ve been thinking about that and my time in formula cars to get into the mindset a little bit!” said Albuquerque. “The track will be new but I’ve been preparing with iRacing because their modeling is very good so that will help me ahead of the weekend. Christian (Fittipaldi) will be very important for me and for the team and Joao (Barbosa) has a lot of good information so I am confident we can get up to speed quickly.”

Mustang Sampling Racing delivered an amazing run of performance since the opening lap of the IMSA WeatherTech SportsCar Championship in 2014, completing over 9,000 laps of competition. Unfortunately that string of laps was disrupted in Sebring after contact from another car sent the No. 5 behind the wall. But the team rallied to make repairs and will look to make up ground again this weekend.

“We’ve always been competitive at Long Beach as a team, but our results have not been that consistent. Hopefully we can finish the race in a good position at Long Beach,” said Barbosa. “It will be different not racing with Christian (Fittipaldi) as my co-driver, but the goal is no different- we want to go out and try to win races. I think having his experience is going to be a valuable asset for us to keep improving the car. It will be different for sure but our focus really is on the end result.”

Joao Barbosa has been a key part of the Action Express Racing driving lineup since the team took its first-ever winning laps in 2010. The affable Portuguese racer has two Rolex 24 At Daytona victories, two IMSA WeatherTech SportsCar Championships, and an amazing four consecutive Tequila Patron North American Endurance Cup titles to his credit, all earned with Action Express Racing. Victories at Sebring, Watkins Glen, and Petit Le Mans, not to mention millions of hits on Youtube from the video of him driving his wife around Daytona International Speedway are just part of Barbosa’s incredible racing record.

Filipe Albuquerque first joined Action Express Racing in 2016, and had an immediate impact, taking a podium in his second start with the team and then winning in his third. Following a traditional European path in the sport that started with standout drives in karts, victories in formula car racing, and even a Formula 1 test at just 22 years old, Albuquerque scored a championship in his very first year of GT3 competition. Soon, Audi came calling as he joined their DTM and Le Mans competition efforts. Still active in European Le Mans competition, Albuquerque will be a full-time force for Action Express Racing in 2018 as co-driver with Joao Barbosa in the No. 5 Mustang Sampling Racing Cadillac DPi-V.R.