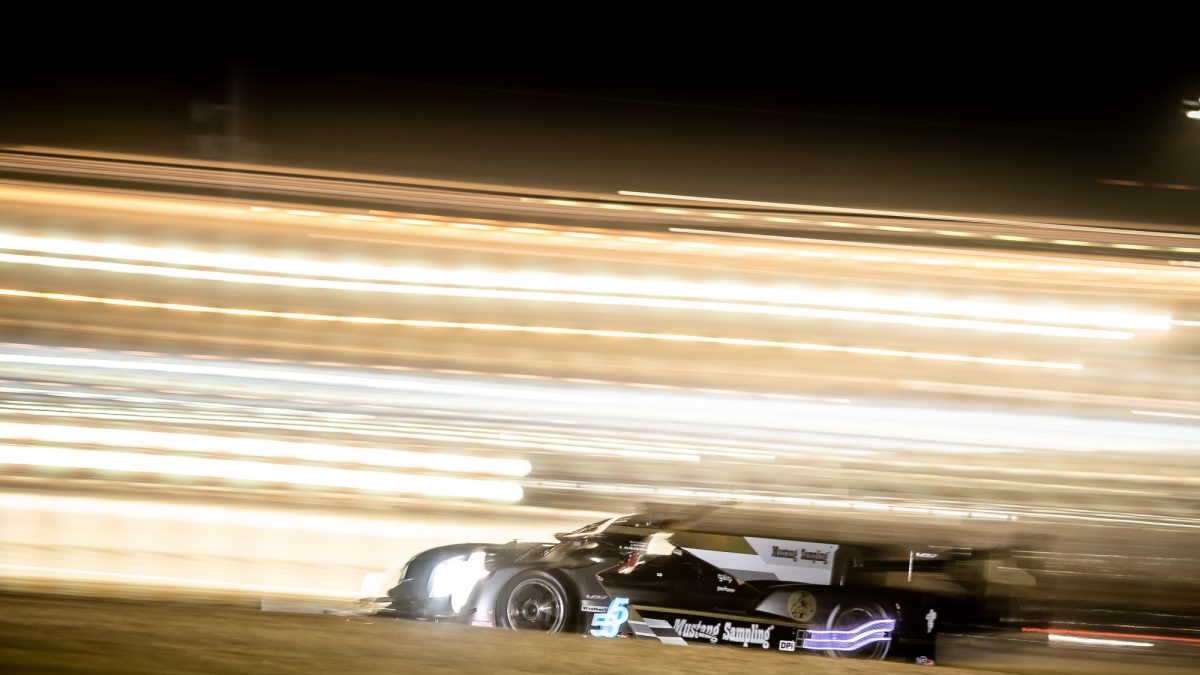 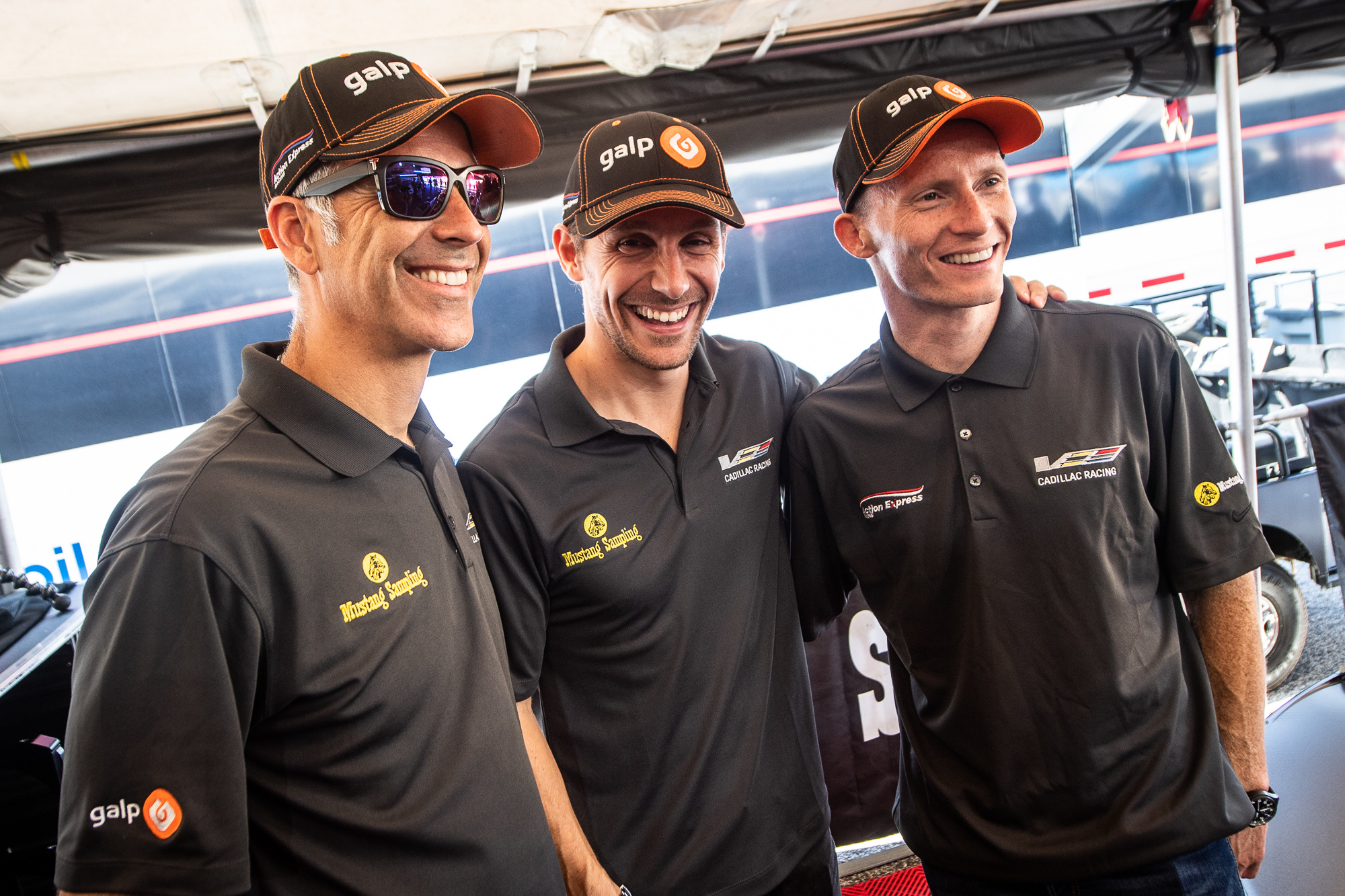 BRASELTON, GA (12 October 2019) – Despite holding the lead of the ten hour Motul Petit Le Mans with less than 20 minutes to go, it was a third heartbreaking chapter for the No. 5 Mustang Sampling Cadillac DPi-V.R at Road Atlanta on Saturday.

Filipe Albuquerque pulled away on the final restart with 25 minutes remaining in the 10-hour enduro and seemed headed to victory lane. Only five minutes later, though, a brake rotor failure resulted in a trip to the pits and a seventh-place finish for the car co-driven by Joao Barbosa and Mike Conway.

Last year, Albuquerque ran out of fuel on the final lap while leading within sight of the checkered flag, having been called for a late race infraction in the 2017 edition of the event while fighting for the lead. 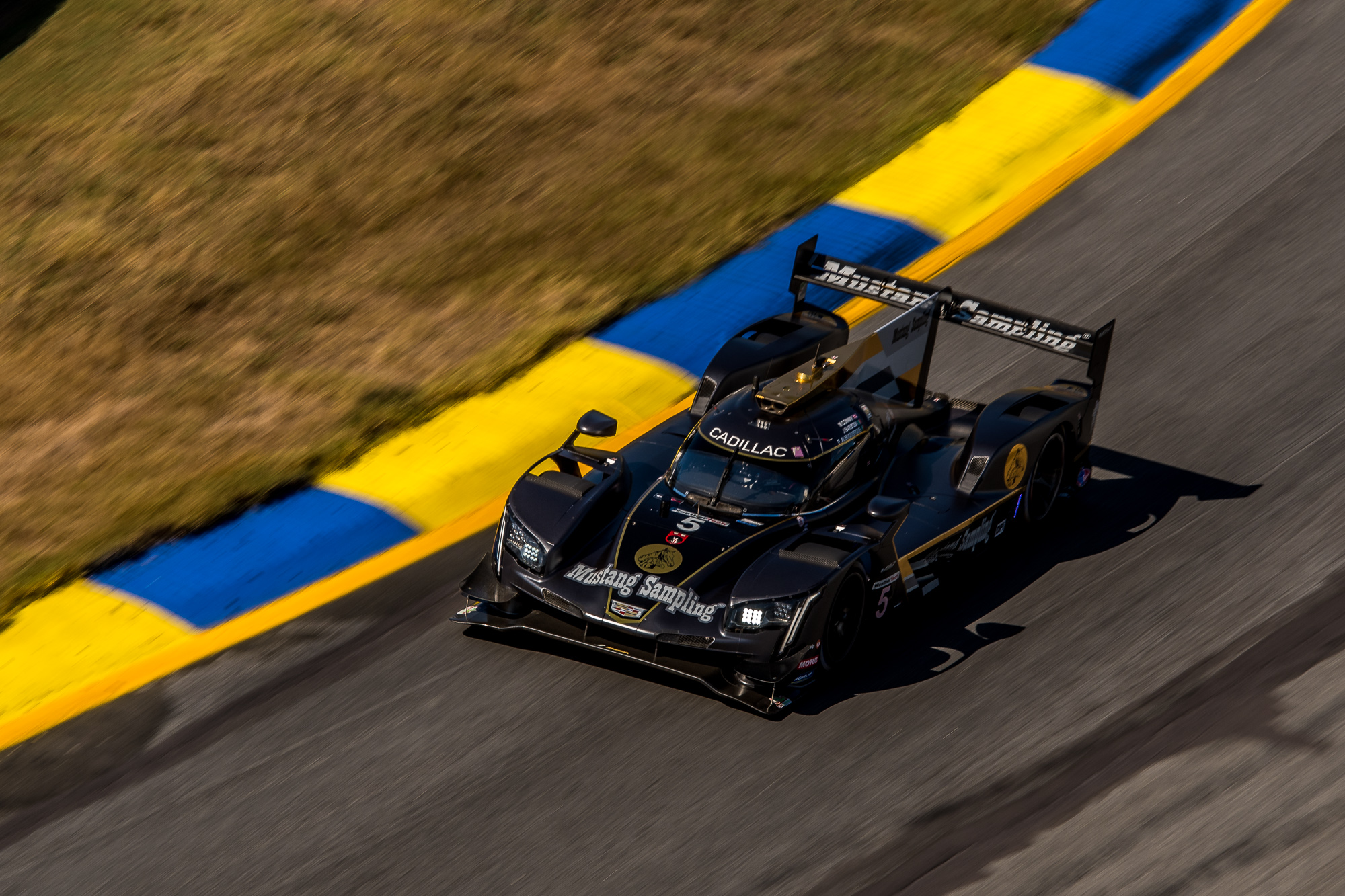 Saturday evening spoiled a flawless run that saw the No. 5 Cadillac leading 150 laps while running in the top two for much of the event marked by extended green-flag stretches of racing. The race ran at a record-setting pace in front of a reported record-setting crowd as the IMSA WeatherTech SportsCar Championship closed out the 50th Anniversary season of IMSA on a very high note.

Unfortunately the closing moments of the race rewrote what was looking to be a picture-perfect ending for the team that has been a competitive force year in and year out.

“It’s unbelievable really,” Conway said of the late race misfortune. “We drove a good race and everyone was doing a mega job. We got lucky there with the yellow but I could see smoke coming off the car in some of the braking zones, but couldn’t tell what it was. It must have been the brakes wearing away and then it just blew up. It’s a bummer given there was just 20 minutes left, but happy to have left the race with our sister car in the lead.” 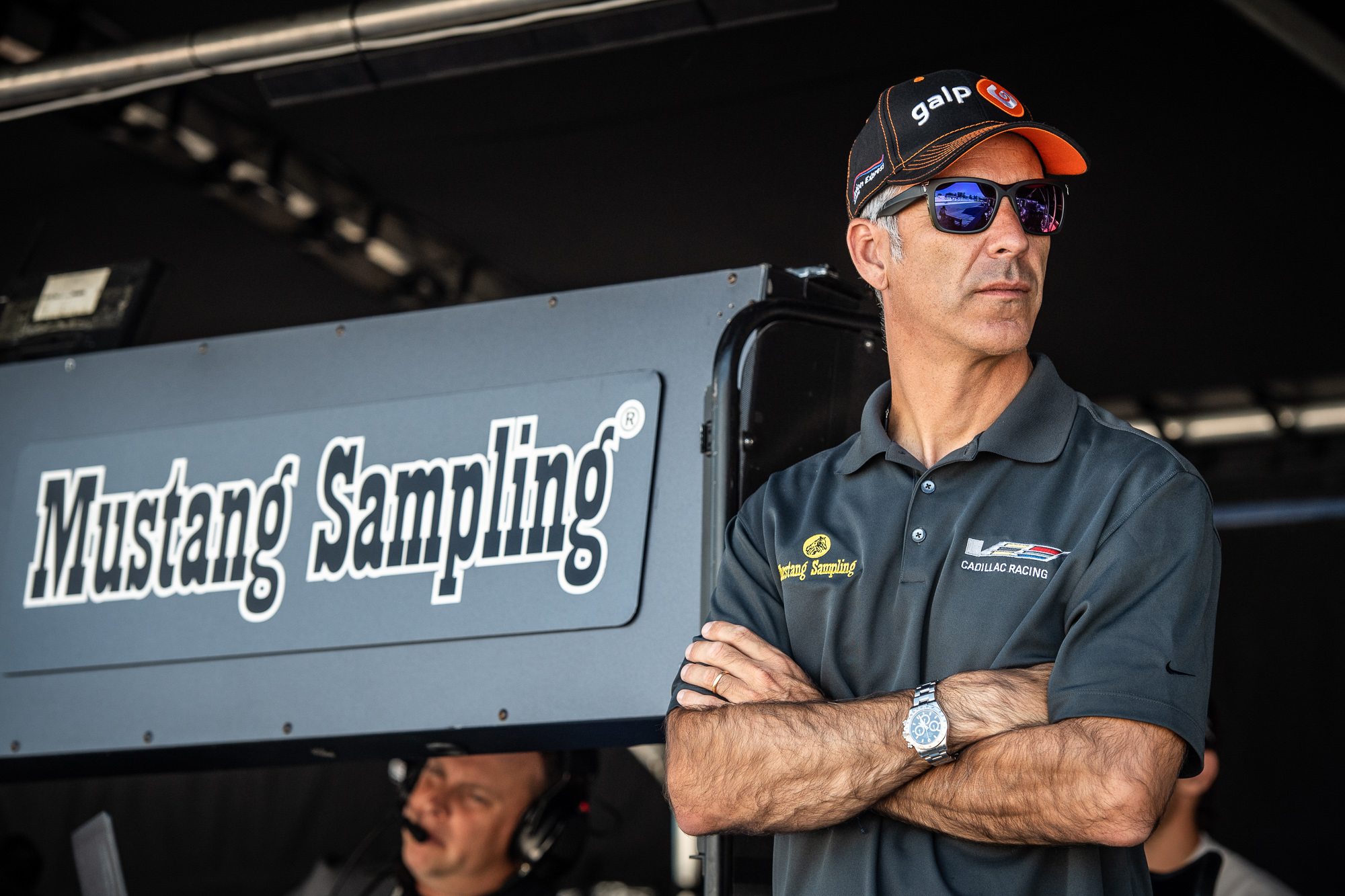 The race was bittersweet for Barbosa, who has been a lead driver with the team since Mustang Sampling came on board Action Express Racing in 2015. Barbosa delivered another crisp performance under heavy pressure, managing tire wear, fuel consumption, and intense traffic to race the Mustang Sampling machine out front once again.

“The car ran fantastic, and it is the last time I will drive the No. 5 Mustang Sampling Cadillac,” Barbosa said. “A big thank you to everyone at Action Express Racing. Everything comes to an end, but hopefully today is not my end. We have had a fantastic run with championships and Rolex 24 Hour wins. This is racing, but today I had hoped to finish it off with a win. I am so proud of this team and being a part of this, it has been very special. I don’t know what is next but I hope for another great chapter in the future. ”

While it will no longer be the primary sponsor for the No. 5 Cadillac, Mustang Sampling hopes to return to the sport in some capacity in the future.