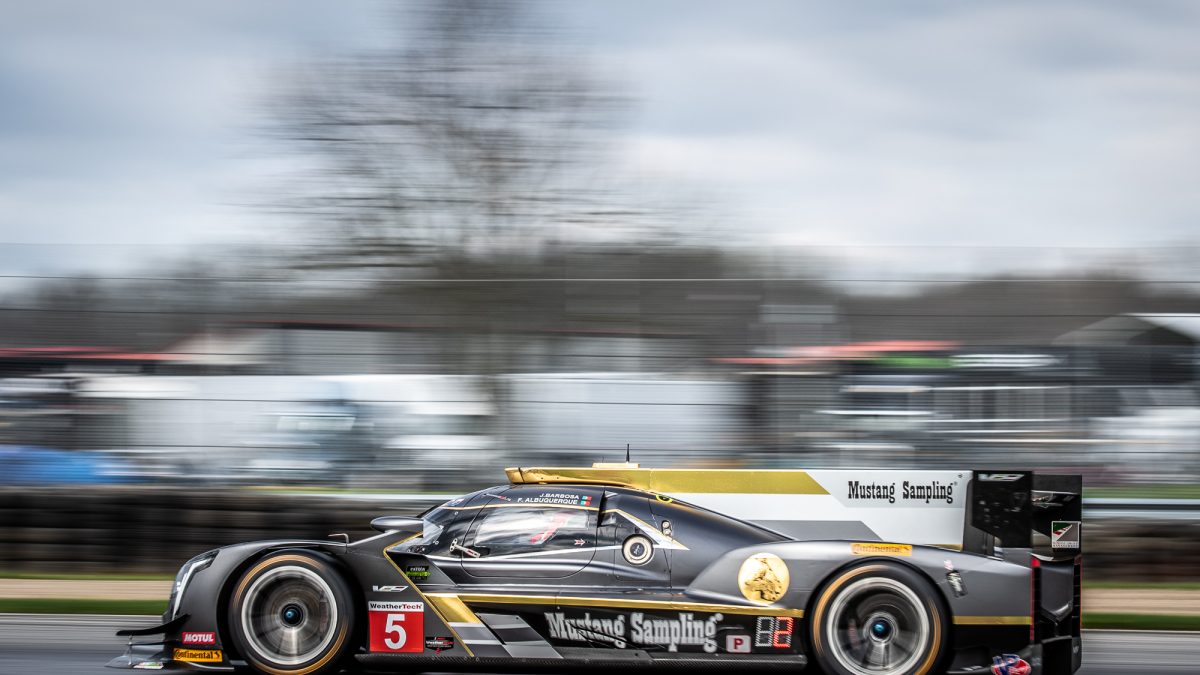 Denver, NC (18 June 2018) – Young open wheel pilot Gabby Chaves will make his return to IMSA WeatherTech SportsCar competition next weekend as he joins Mustang Sampling Racing for the Sahlen’s Six Hours of the Glen. Chaves will team up with Filipe Albuquerque and Christian Fittipaldi in the No. 5 Mustang Sampling Cadillac Prototype as the team pursues a third consecutive victory in the prestigious event.

Chaves will be filling in for Joao Barbosa for the Watkins Glen event weekend after Barbosa recently suffered a wrist injury while bicycling earlier this month.

The No. 5 Mustang Sampling Racing Cadillac DPi V.R has had a strong start to the 2018 IMSA season, winning the Rolex 24 At Daytona and then backing that up with a strong run to victory at Long Beach. The team currently shares the points lead with the No. 31 Whelen Engineering Racing entry as IMSA heads to Watkins Glen for the traditional 6 Hour event.

“The first thing is of course that you never want to have an opportunity because someone got hurt, so this is an unfortunate circumstance with Joao (Barbosa) having his injury,” said Chaves. “But I appreciate the opportunity to join the championship-leading team. Mustang Sampling Racing has had a strong start this year and hopefully I can help the team continue to have those kinds of results.”

The Colombian born racer is familiar with the rigors of the Six Hours at The Glen, having competed in the iconic event in 2016 on board the Panoz DeltaWing. Chaves rejoins the IMSA fray for the Watkins Glen event having moved to a full time program in the Verizon IndyCar Series for Harding Racing.

“I love Watkins Glen, it is a great track and I am looking forward to racing the Cadillac Prototype there,” said Chaves. “I’m excited to be going back to endurance racing. With different classes all racing at the same time, there is a lot for the driver to deal with as you work through traffic. So I am looking forward to racing at the Glen again, and I really appreciate this opportunity with Mustang Sampling Racing.”

The Six Hours at The Glen weekend will kick off on Friday June, 29th with the green flag dropping on Sunday, July 1st at 9:45 a.m. ET with full race coverage on FS1.