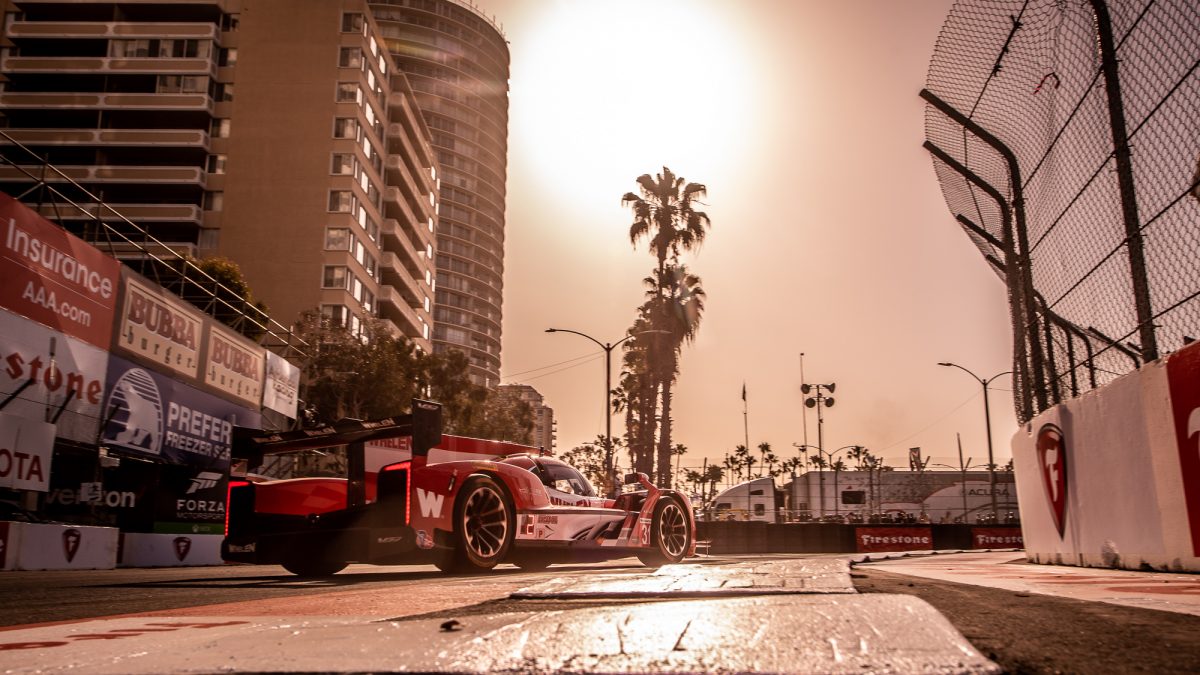 The No. 5 No. 5 Mustang Sampling Racing DPi-V.R of Filipe Albuquerque and Joao Barbosa (PRT) will start the race from fifth on the grid after Barbosa posted a 1:13.733-seconds flyer.

Friday’s on-track schedule saw the squad take to the track for practice in the morning, with the team posting the fastest time of the session with the No. 31 Whelen Engineering Racing DPi-V.R of Nasr (BRA) and 2016 IMSA Champion Eric Curran (USA), while the No. 5 Mustang Sampling Racing DPi-V.R of Barbosa and Albuquerque closed the two hour session second on the charts.

Nasr, who will be making his first career start at Long Beach, fought for the pole until the closing moments of the session when  late traffic prevented him from locking in the pole spot.

“We made a couple of changes ahead of qualifying and we for sure made the balance a little bit better,” said Nasr. “The thing about this track is it is all about making a sequence of laps in a row and to build of tire temperature and I don’t think I quite got it today. I was able to put two or three laps together and then I would get one wrong and have to back off again, which broke my rhythm. The car is handling pretty well and I think we have a strong package in our hands.”

At just 100 minutes from green flag to checkers, the Bubba Burger Grand Prix is the shortest race of the IMSA WeatherTech SportsCar Championship season.

“I am hoping for a good start tomorrow in the race,” said Barbosa, who scored a runner up result in the 2016 IMSA visit to Long Beach. “We have been going all-out, all of the time so I’m not going to change much that this is a sprint race.  But obviously you won’t have much time to catch up if you make a mistake. It will be important to have clean race and hopefully we can produce a good result.

Having a practice in the morning followed by a late afternoon practice and then qualifying meant that the drivers experienced a different track each time out as the temporary street circuit continues to evolve with each session as rubber builds with each lap.

“It’s a pretty tricky street circuit here and the front row is a good place to start tomorrow,” said Nasr. “I think we have a good car to fight for the win. It will be a sprint race all the way. Congrats to the Penske car today and for grabbing pole, you could see that both cars were pretty quick out there. It was a nice job by everyone at Action Express to lock in a front row start and I am looking forward to the race tomorrow.”