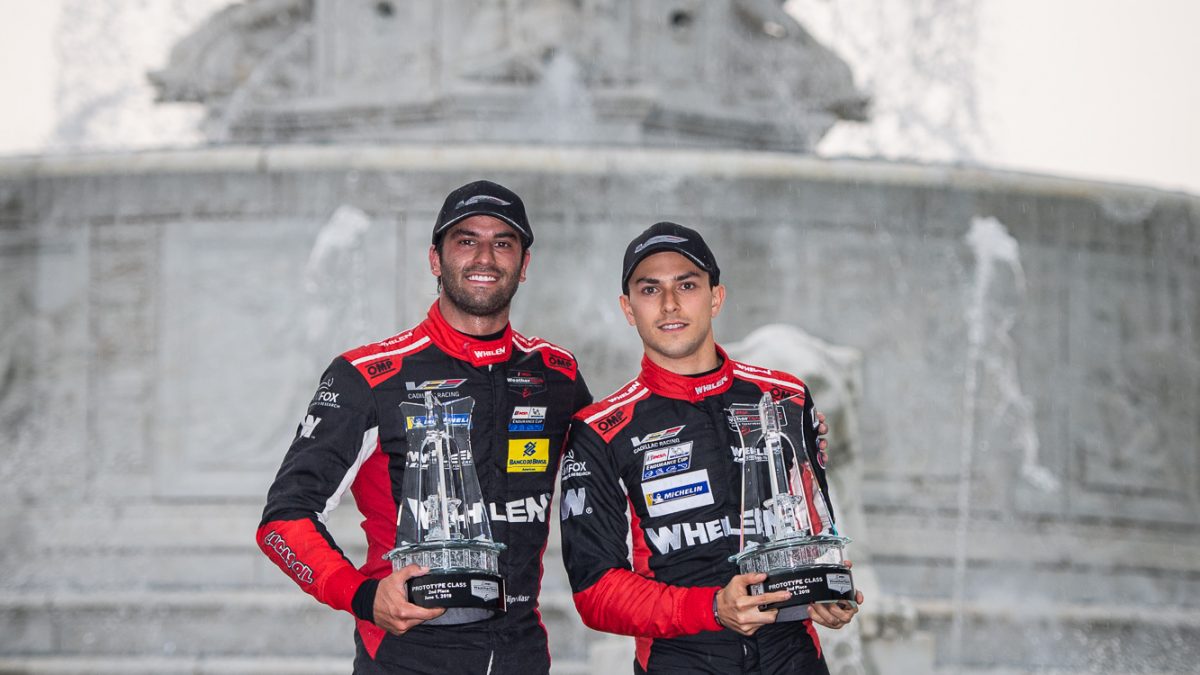 Charging all the way to the finish in pursuit of a second Detroit victory in as many years,

Nasr passed Ricky Taylor’s Acura to take second place with 22 minutes remaining. He closed up to the rear wing of winner Dane Cameron three times in the final 10 minutes, but was unable to make a pass on the tight street circuit.

“It was a race full of action – like Detroit is!” Nasr said. “This street track produces very good racing. Pipo (Derani) did a fantastic job at the start to get us up to third. It came down to the yellow flag. It mixed up our driver change. When I was in the car, all I wanted to do was make up track position. The Cadillac was handling well and we were able to produce some nice overtakes. I thought I had a chance to get that final pass at the end but we were just short on time. It was a good weekend for us and everyone at Action Express.”

Derani started third and was able to take second on the third lap of green-flag racing. He was running second when the team pitted for the driver change, with Nasr returning to the race in fourth position.

“It was a fantastic day for our championship run,” Derani said. “We wanted to win here at Detroit but we came very close, so we are happy with the points it gained us. At the beginning of the race it was difficult because we wanted to save fuel but also wanted to work up to the front. Today wasn’t in the cards for us to win, but we will come back with another victory soon.”

Whelen Engineering Racing enters the second half of the DPi campaign with an endurance racing classic, the Sahlen’s Six Hours of The Glen at Watkins Glen International on June 30.