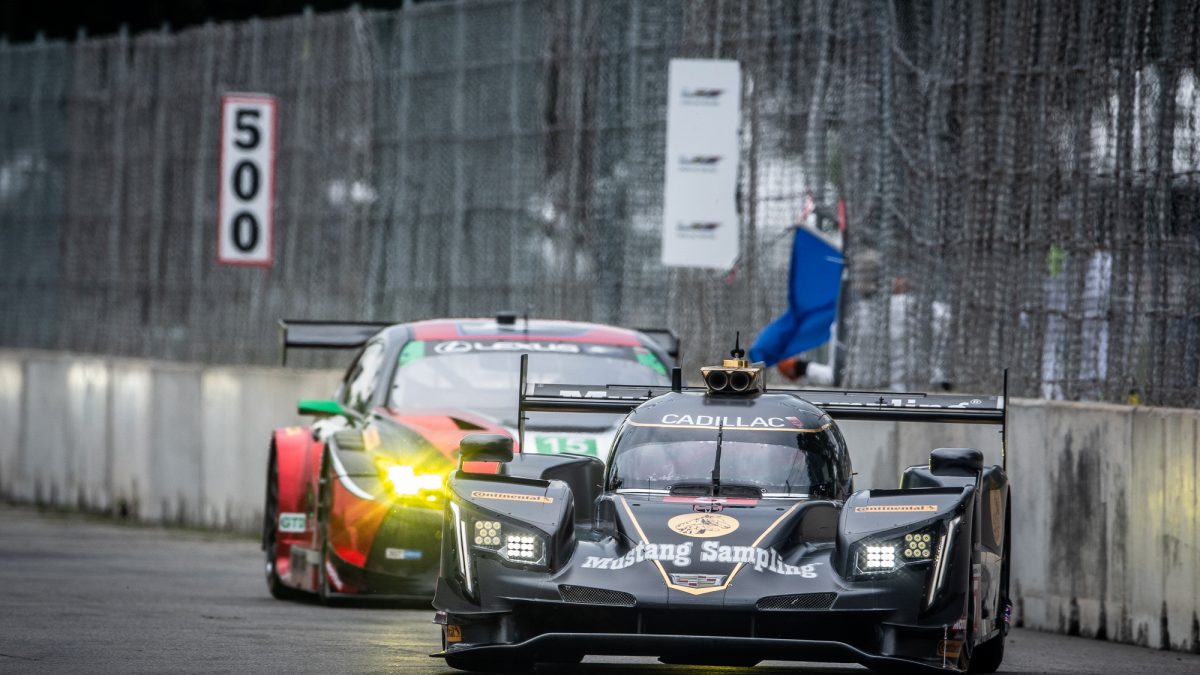 Detroit, Mich. (1 June 2018) Action Express Racing delivered another great team effort on Friday. The team will start Saturday’s Chevrolet Grand Prix presented by Lear on the second row with the No. 5 Mustang Sampling Racing DPi-V.R of Filipe Albuquerque and Joao Barbosa, and the third row with the No. 31 Whelen Engineering Racing DPi-V.R of Felipe Nasr and Eric Curran following Friday’s 12-minute qualifying session.

The team has a strong record at the 2.35-mile circuit set just outside of the shadows created  by the General Motors Renaissance center in Detroit, and will look to return to the Motor City podium on Saturday for round five of the IMSA WeatherTech SportsCar Championship. 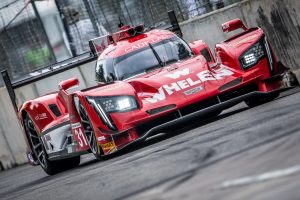 The day featured two practice sessions  for the team to develop the set-up for the quickly-changing temporary street circuit, which is also playing host to a range of other racing series on the fan-focused weekend. The second session of the day included a setback after Nasr suffered a quick spin that caused damage to the Whelen Engineering Racing entry. But the team quickly clicked into motion to make repairs, with the car ready to go well ahead of the qualifying session.

The qualifying session was curtailed as IMSA shortened the session to 12 minutes following a delay for weather, and then it was stopped for a mid-session red flag following a crash by another Prototype.  With Curran (No. 31 Whelen Engineering) and Barbosa (No. 5 Mustang Sampling Racing) taking the controls for qualifying, both racers had to deal with traffic as well as the abbreviated schedule as they claimed their spots on the grid.

“Hats off to the Action Express Racing guys, especially on the No. 31 Whelen car,” said Curran. “It was all them today. Felipe (Nasr) had a little issue in practice earlier and we had damage to the back of the car. But these guys are on it. A couple hours later, the No. 31 Whelen Cadillac looks like brand new! We went out there and pushed hard, but it was a strange qualifying session with a wreck, debris on track, and then the red flag in the middle. We are sixth, but we really didn’t get a fair run at it. I missed the last practice session because of the morning incident. I feel strong here and think this is a good place. I feel good so let’s just see what tomorrow brings even though we aren’t starting where we wanted to be. We will just keep going.”

“The qualifying session was a weird one and unfortunate it happened that way,” said Barbosa of the truncated track time. “We had a good car and it got better every lap but we just didn’t get many laps! It’s going to be very tough to beat the guys in the front who have been showing a lot of pace during practice. If I had two good laps at the end, I could have done a little bit better.  I was able to do a decent job, the car was getting better so I was looking forward to another lap. That didn’t happen, but we have a good race car. Cadillac is running very well. We will have good pace in the race.”