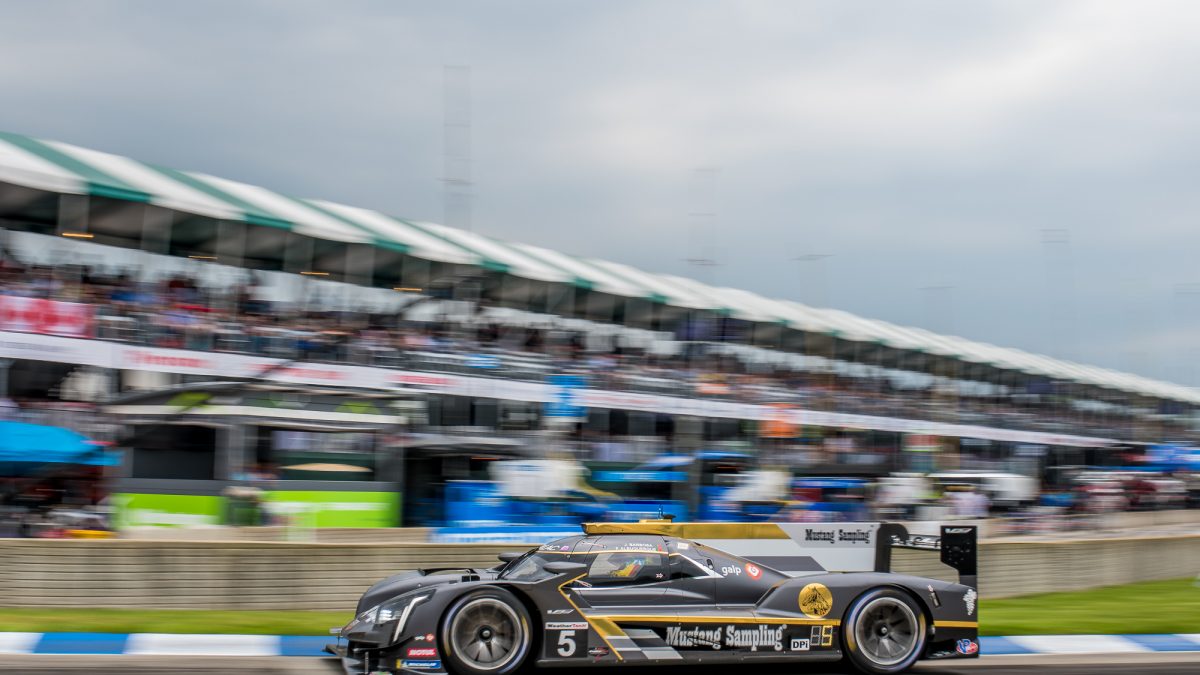 BRASELTON, GA (8 October 2019) – Coming up only one turn short of victory in 2018, Mustang Sampling Racing will be looking for a strong finish to its 2019 IMSA WeatherTech SportsCar Championship campaign when it returns to Michelin Road Atlanta for Saturday’s Motul Petit Le Mans (NBC Live coverage starting at 12:00 PM ET).

Joao Barbosa and Filipe Albuquerque will return to the No. 5 Mustang Sampling Cadillac DPi-V.R for the 10-hour endurance classic, joined by British veteran Mike Conway.

A year ago, the No. 5 Cadillac came within one turn of winning Petit Le Mans, running out of fuel virtually in sight of the checkered flag after 10 hours of intense racing. Albuquerque dominated the final two hours of the event on the 12-turn, 2.54-mile circuit, leading twice for 38 laps after a pair of on-track passes.

“I have been leading Petit-Le Mans for the last two years in the last five minutes,  but I never had a a win there,” said Albuquerque. “I feel strong at Road Atlanta, it’s one of the best races in the year for me. Going through traffic there is amazing. I am going again with all that I have and because we have nothing to fight for in therm of championships and can take risks. With Joao (Barbosa) and having Mike (Conway) again with us I think we have good chances.”

The team has two podium finishes this season, winning on the streets of Long Beach and placing third in the Mobil 1 Twelve Hours of Sebring. Barbosa and Albuquerque enter the final running seventh in the IMSA point standings

“Petit Le Mans is a really hard race but I think we should be competitive,” said Barbosa. “As a team, we always run really well there and I think we have a great shot at having a really good result at Road Atlanta. I’m looking forward to closing the season on a strong note. Road Atlanta is a great race track, really old school with places that you have to be very committed. And the traffic is very challenging—you can be rewarded with the right risks in some sections, or you can lose out on a lot of time, it just depends every lap.”

A four-time winner in NTT IndyCar Series competition, Conway finished sixth at Watkins Glen with Mustang Sampling Racing in his lone IMSA appearance in 2019. He finished second in the 2017 Petit Le Mans, and was second in the 2018 Rolex 24 At Daytona and third in the 12 Hours of Sebring in both 2017 and 2018, all with Action Express Racing.